Favorite Quote:
“You will die but the words you speak or spoke, will live forever.” — Auliq Ice

I was there, too, hiding in mom’s arms, asking why grandma cried. “Grandpa had left,” she whispered.

That’s true. I’ve never seen my grandpa again. That tall grandpa, always letting me ride on his shoulders, had left. That magical grandpa with his big pockets full of candies had left. That strict grandpa, worrying about my picky diet, had left.

My grandpa had left.

No, he died. So peacefully that it took me a while to realize he would never come back again. The day before his death, like every other day, he picked me up from school and kissed me good night. Like the lady in “Her Sister Died of a Brain Tumor” who “chose palliative care” and “died peacefully four months later, surrounded by her family,” my grandpa led a normal life until the moment he physically couldn’t, the moment surrounded by love.

My grandpa had left, bravely.

But his gentle smiles, his funny stories, the taste of his braised fish, and the feeling of his warm hands were all in my memory. They never leave.

My grandpa had never left.

Now I understand why grandpa and that lady were not afraid to say goodbye, because they never do. In their beloved ones’ hearts, the softest place ever, the most precious treasure of them – memories – are permanently preserved. 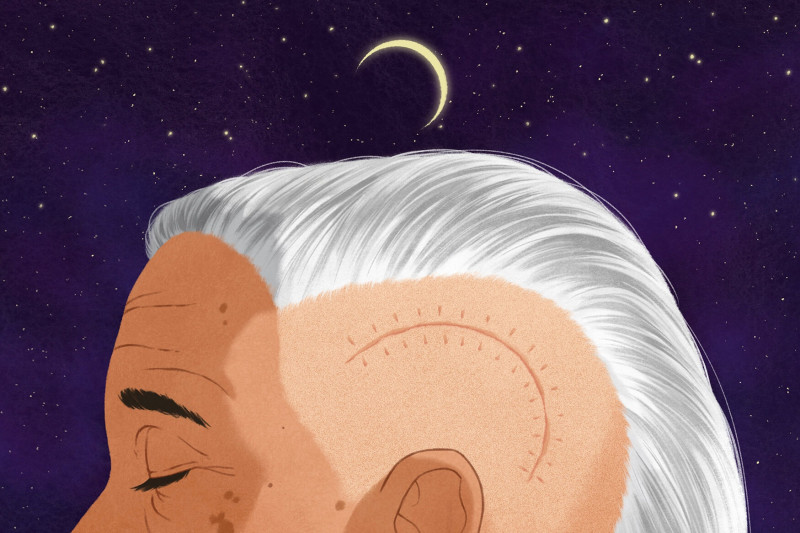 It's good-bye, not just bye.

Favorite Quote:
Disappointed. I must let the disappointment pass. I will laugh and cry again. I will be kind. But missed kindness is a moment that doesn’t come back again. So be kind. That’s the only meaning of life, to love childishly, wildly, madly, and uncontrollably. You have nothing in this life. Just love crayons and wordy novels. Just love it all and love the bitter grass and love the roadside and the beer cans. Love passionately, everything and with all your heart and with no priorities, no agendas. Love freakishly and obsessively. Love, because you can’t love your way out of the lunatic asylum, but it makes it more fun to be a lunatic.
--Me

View profile
This is unbelievably moving