I Made Myself Not Wear Makeup to School for a Week

Favorite Quote:
"Even a broken clock is right twice a day"

Every weekday I wake up at 8 o’clock sharp with 50 minutes to get ready. I spend that time doing my makeup, curling my hair, and getting dressed before I head off to school for the day. Last week, however, this was not the case. I slept in all week for about 30 extra minutes because I decided I was going to go the whole week without wearing makeup.

This might seem like nothing to most people, but it was easily the scariest thing I’ve ever done.

I spend so much time every morning getting my makeup perfect so that I feel my best when I walk out the door just to sit in a classroom with a mask covering half my face anyway, I’m a genius, I know. But seriously, this was a big change for me, and it went a little something like this…

What made me decide to do it
I’ve had this idea for a while now given how dramatic of a change it would be for me. I rely heavily on makeup to make me feel pretty and I knew letting a lot of people see me at my most vulnerable would be a challenge for me.

Getting rid of my makeup gets rid of my confidence, and without it, I truly have none at all.

Even when I’m not at school, I prefer having at least some amount of makeup on even if it’s just mascara because it makes me feel better. Going into this week I was nervous that my lack of confidence would be obvious to everyone around me and that it would just ruin my week entirely.

What people around me thought
Just as I suspected, my boyfriend was a huge fan of this idea. He always tells me he loves me just as much with or without makeup and yet I refuse to believe it.

He was shocked when I told him what I was doing, but was my biggest supporter along the way and kept me from giving up on it throughout the week (which I was very close to doing multiple times).

My parents obviously used this as a little lesson to tell me everything I already knew about self-esteem and how I don’t need makeup at all.

Surprisingly, only one of my friends noticed my change from my normal ‘all done up look’ to my ‘just rolled out of bed’ look. What they said really stuck with me, so much in fact, that I had to write it down so I wouldn’t forget:

“Confidence should be built out of self-love, not from wearing makeup, and when you wear makeup you should use it as an expression of who you are.”
What I learned
Not to make this sound like some personal reflection essay, but this week taught me so much. At the start of the week, I felt so bare and exposed that I just put on some sweatpants and kept my head down all day.

By the end of the week, however, I was feeling so much more comfortable than I thought possible and really gave into the idea.

I walked into school on Monday thinking people would stare at me and notice, but that didn’t happen. I constantly overestimate how much of a main character I am because absolutely nobody paid any attention to me.

I know, I know, congratulations, I learned the world doesn’t revolve around me. But seriously, it took me until the end of the week to realize that most people didn’t even take notice, and if they did, they couldn’t care less.

It is so difficult for me to get it in my head that everyone else is way too focused on themselves to care what I’m doing or how I look one day.

Even I don’t pay enough attention to people to notice if they change their makeup or if they aren’t wearing any at all and I somehow thought they would take notice of me. People always say that you are your biggest critic and that never meant anything to me until now because it is so true.

Final thoughts
Now, for the moment we’ve all been waiting for: Will I be doing this again anytime soon?

Obviously, sometimes things happen and I don’t have time to do my makeup which I can completely accept, but other than that I don’t see myself doing this again in the near future.

People have told me I look just as fine without any makeup on, which means the world to me, but that doesn’t change the fact that I feel so much more confident and happier with it on.

I ended that week feeling somewhat comfortable without any makeup which I never thought was possible, so I’m immensely happy I worked up the courage to do this and step out of my comfort zone. At the end of the day, however, I am going to continue doing what makes me feel best whether people take notice or not. 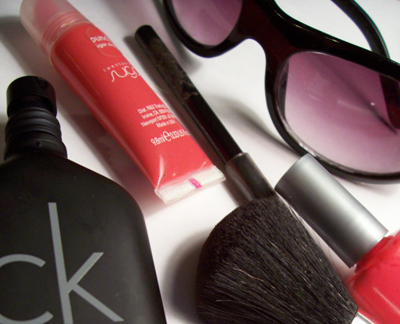 I have been relying on makeup to give me confidence for as long as I can remember, so doing this was a huge step out of my comfort zone and I'm glad I did it. I had an overwhelmingly positive reaction from those around me that care about me and felt much better by the end of the week in my own skin. I hope others can see that if I can take this step, so can they because everything deserves to feel beautiful with no makeup on.