My Not-So-Seamless Journey With Sewing

Favorite Quote:
"Even a broken clock is right twice a day"

Imagine my surprise when I get there the first day and the teacher says that it actually in fact is not a graphic design class at all, but rather a sneaker designing class.

I looked around in confusion which only grew more and more each second after I started to realize I was the only one that didn’t get the memo that was clearly stated in the course information when signing up that it was a sneaker class.

So there I was, the only kid that didn’t purposely sign up for this class surrounded by a bunch of sneakerheads.

Now, you would be severely mistaken if you think for even a second that I would admit my defeat and go change my schedule because that is just not how I go about life.

I decided that I was going to make the most of this class and never accept the fact I made a mistake.

Plus, how bad could the class really be?

I love shoes anyway, and now I get to make them; that’s epic. At least that’s what I thought until I realized that in order to make shoes you need to use a sewing machine to put them together.

When the teacher said we would be doing a lot of sewing in the class, my heart immediately dropped and I felt sick to my stomach. You see, me and sewing machines don’t exactly have a good relationship with one another.

My first accident
A fun fact about me is I always dreamed of being a fashion designer when I was younger and even still, I have never outgrown my love for fashion.

I decided a few years back I wanted to take some of the clothes I never wear and turn them into something better to see if I had what it took to be the next winner of Project Runway.

The only small problem was I needed a sewing machine and I didn’t have one to carry out all my ideas, so I turned to my neighbor. When she gave me the machine I was immediately intimidated and spent days watching YouTube tutorials but all the information quite literally went in one ear and right out the other.

I finally got impatient enough to just say YOLO and go for it. Spoiler alert: that was a BIG mistake.

To make a long story short, I totally broke that machine within minutes so I handed it back to my parents without saying anything and tried to pretend it never happened.

My neighbor never said anything but I’m sure she noticed the next time she used it that it was completely busted (I was planning to take that information to the grave so none of you better snitch on me).

My second accident
Once again, I’m not the person to just give up when in all reality I probably should, so I went ahead and got my own sewing machine to try again without fear of ruining someone else’s.

This one went a little better because I read the instruction manual and managed to sew a few things. They didn’t turn out great, but it was something so I wasn’t complaining.

I started to realize that sewing clearly wasn’t something I was good at no matter how much I wanted to be and I hid it down in the basement for a while until I forgot about it completely.

My grandma gave me a bunch of art supplies months later and a ton of thread because she somehow knew I sewed one thing one time.

I decided to go looking for the machine just for fun after getting the thread but it came to an end when I found only parts of the machine with no cord to plug it in with. So back to square one, I decided to give up on my sewing journey forever.

My third accident
Back to my sneaker design class, our first assignment was meant to get us used to using the sewing machines and get an idea for the anatomy of a sneaker so we made little sneaker pillows. It was such a cute idea that I would be excited for if it weren’t for the fact I had to sew.

I remember the weeks leading to me having to ultimately use the sewing machines my teacher had in the backroom and it absolutely terrified me.

I would make myself sick in the mornings and do everything to try to avoid the class. My boyfriend who walks me to the class would sometimes have to shove me into the room in order to get me in there.

It was bad, to say the least.

The day finally came though after stalling for as long as I could (which I am very good at by the way), where I had to face my fear.

My teacher said there was a sewing machine open for me and I walked to the room with my head down in defeat. When I walked past him he asked if I knew what I was doing or needed any help and just by looking at me he knew the answer.

He followed me back to the room and took me through it all step by step. This might seem like a blessing but because I’m the way I am, it was even more terrifying because he was watching my every move and I crack under pressure.

I remember shaking so hard and I pressed my foot down way too hard every single time and I made the machine go so fast.

This was easily one of the most embarrassing moments of my life but he was really helpful to me the whole time and managed to make me not feel too stupid.

When it was done, I had a terrible-looking pillow, but at least I could say I did it. I ran out of the room and didn’t look back once I finished. It was finally over.

From student to teacher
To no one’s surprise, the sewing didn’t stop after the pillows.

We only were sewing more and more with each given week. I was still making myself sick in the mornings and begging my boyfriend to let me go to class with him instead, but I showed up every day nevertheless and faced my fears. Well, somewhat.

My friends would make fun of me every single day when I would have to go back to the sewing room and would rat me out to the teacher every time I hid behind my desk after he would look for me when a machine would be open.

Every time though, he would help me with everything I needed until I got to the point where I didn’t need him at all.

I remember the day I knew all my mistakes and mess-ups were paying off was when I was in the backroom sewing away and the girl next to me was struggling threading her needle and was just confused with everything.

She asked for my help and I was actually able to help her out which is something I wouldn’t have been able to do just weeks before.

I was feeling on top of the world at that point and the class has been smooth sailing ever since. I actually look forward to sewing in there now.

Final thoughts
The quote at the beginning is something I live by and my journey with sewing has only proved it to be more true than I even originally thought.

I struggled so hard with understanding the machine and figuring out how to navigate it. My teacher helped me at the start, but slowly let me make my mistakes and learn from them which ultimately led to me actually enjoying something I used to hate with every bone in my body.

I have since bought my own sewing machine and am wanting to pursue my childhood dreams of being a fashion designer to an extent because I put in the effort to grow even when it was tough.

I believe that my mistake of signing up for this class wasn’t a mistake at all, but an opportunity and I wouldn’t change it for anything.

I am insanely proud of how far I have come and for not giving up no matter how much I may have wanted to. This class taught me I can do anything and I will never forget it. 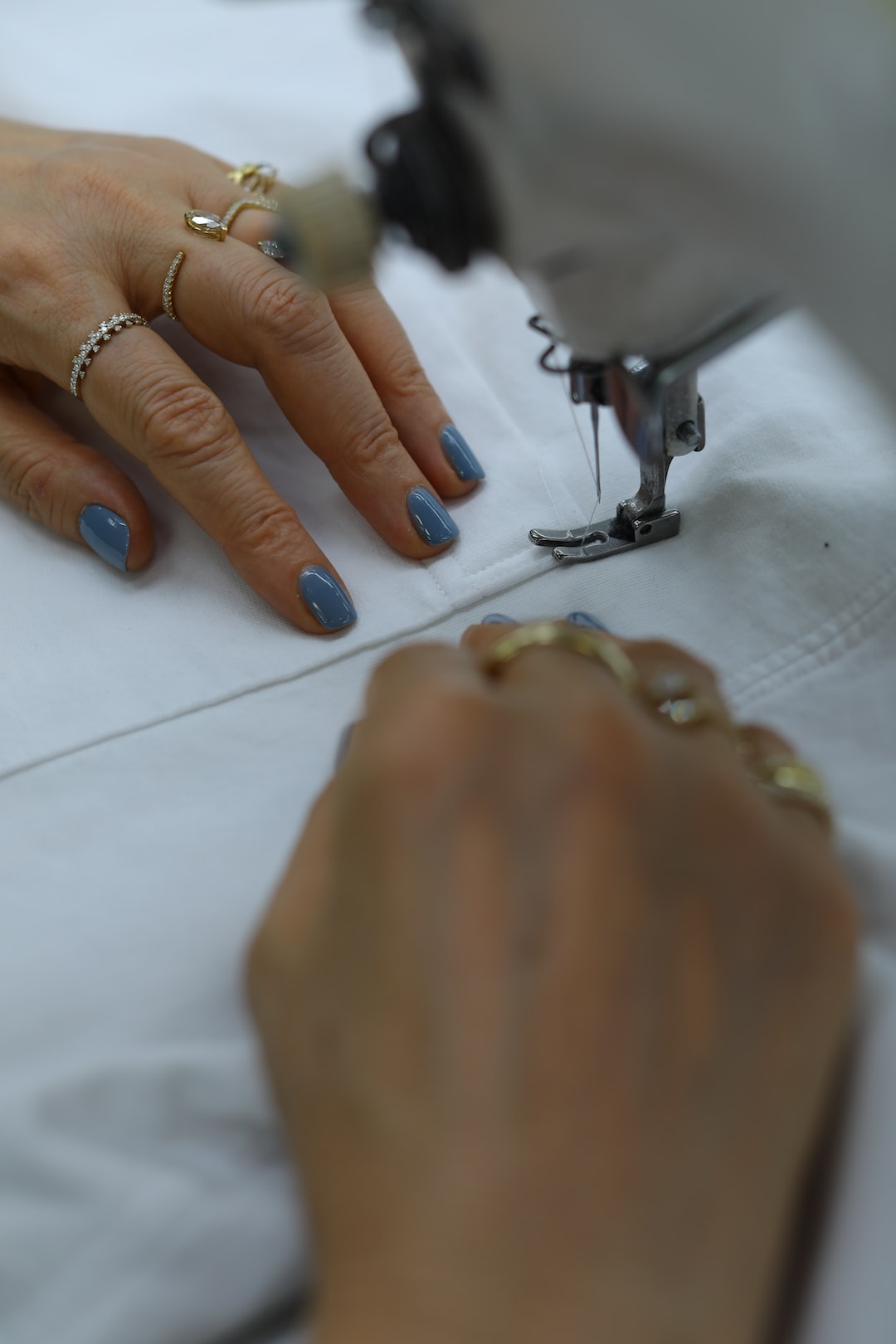 Photo by Reuben Kim on Unsplash

Looking back at my experience now, this was a story of growth and determination that definitely was not funny at the time. I wouldn't trade all my mistakes for the world, though, because sewing has now become something I love and I am grateful that I had the help to pursue it.