It all started September 7th 2008 my mom was pregnant nine months ago so that night. My mom’s water broke and I couldn’t go to the hospital. So my grandparent’s baby sat me. So we stayed up until 10:30pm watching HGTV. Well not my first choice of a TV channel.
So then I woke up about 8:00am and then my grandma was gone. Well I asked my grandpa, “Where is grandma?” So he replied and said, “She’s at the hospital.” Then my mom called right after that and I was like. “Is it a boy, is it a boy?” Grandpa replied and said nope it’s a girl and I said lets go meet the joint. I wanted to get a balloon that said, “It’s a boy” and he said, “No,” so we went up to the third floor or something like that. Then I saw my little sister and we thought of the name Kallyn Elizabeth Van Alsburg. Well her middle name was named after her grandma on my fathers side of the family. But we got her name out of a baby book it was spelled Cayllin. Just like me because my name is Khare Raye Van Alsburg. Then at the hospital I held Kallyn and we were all taking a picture of me and Kallyn. With the blinding flash of the lights from the cameras going off I was just completely annoyed and I was getting a head ach.
I stayed with my mom at the hospital for about an hour or so. The next day I went to school. I could not wait to see my little sister so I rode my bike as fast as I can from school. One of my mom’s friends was there, she was holding the baby and then I asked, “Can I hold her?” I did and I thought she was the cutest little infant. With the pink bow in her hair and the little nose just like mine when I was little, and the blue gray eyes that I wanted. But she still has those blue gray eyes and yet I still want them. Now Kallyn is one year old and we bought her a car and she loves to get on that little car and of coarse. I push her around the house and the first time she was so scared, she cried the first time I pushed her just a little inch so I stopped as she got used to it. So when I got my little car I was not scared at all. 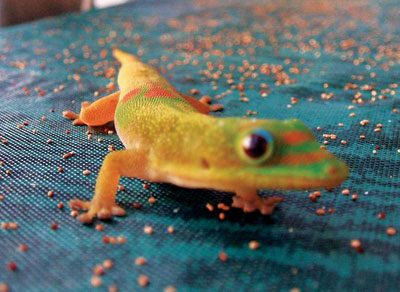