Each second was a minute, each minute was an hour, and well, each hour felt like a day. People came and went, asking for coffee, wanting a meal to satisfy their hunger and ignore their pain. Work in a cafÃ© at a hospital and you’re bound to see distraught faces, troubled with harsh realities that may change their lives. Yet, breaths of hope do happen, a birth or a successful surgery.

Gazing at the wooden clock by the glass door and seeing the warm sun pour through the windows across the room, I wanted to be anywhere but here. My mind was drifting, wondering about later, dreaming of distant lands. I was asleep in my thoughts. My eyes looked straight ahead, but nothing registered. Suddenly, I was rattled out of my thoughts by a coworker asking, “Mark, can you get the guy sitting at the counter?”

“All right,” I said in a dazed voice. Apathetically, I turned, grabbed a pencil and pad, and sauntered over to the man. I’d seen him before and was pretty sure he was a security guard. He had a snowman-like body, with a balding head and a pair of gold glasses. Both of us eyed each other, attempting to figure the other out. I suspected he was just another patron seeking to satisfy his hunger and thirst, not somebody looking for a conversation. Maybe he sensed something in me, I don’t know, but he took a quick liking to me as I asked, “What would you like to eat?” Jovially he answered, “I’ll take the low-fat special and a can of Diet Pepsi.”

“All right, it’ll be out momentarily,” was my response. I walked down the aisle barely lifting my feet and then swung the refrigerator door open, snatched a can of soda, and placed it before him. Then I grabbed one of those blue placemats – the ones you find at diners with a picture of a farm or the seashore. Then Jackie, the chef, stuck her head out the kitchen window and hollered, “Your food is ready!”

“Okay, I’m coming.” I grabbed the clear dish that was brightened up by the colorful food. As I put it down in front of him, I said, “Here’s your food. Here’s your bill. If you need anything else, let me know.” Once again I returned to my position leaning against the back counter and attempted to continue my daydreaming.

For a moment, my eyes panned the room and I noticed the man looking at the front page of the newspaper. Some disaster must have happened, since he looked up and said, “You know, this cover reminds me of a front page I used to have framed in my house.”

“Oh really, what was it?” I responded, somewhat interested.

“It was the cover of The New York Times from the day the Titanic sank. My dad gave it to me,” he said. “When I was a boy, he told me about this supposedly impenetrable ship that sank at the turn of the century. It fascinated me; I couldn’t imagine something like that ever occurring until 9/11. A few years ago, I was going through this period of bad luck and assumed it was the cover because it stated along the top ‘X Number of People Died.’ I went to an antique dealer and said, ‘Take it, I don’t want this anymore.’”

I heard nostalgia in his voice, which intrigued me. I said, “In history class we just did a project on the Triangle Shirtwaist Factory fire in 1911. That’s a bit similar to the Titanic.”

“Yes, the owners locked the doors and the workers couldn’t escape. Some managed to get out, but the rest were either trapped by the fire or jumped out the windows.”

Shocked by his knowledge, I replied, “I’m just surprised something like that could have occurred. I guess it was bound to happen because of the regulations. But that whole disaster makes me question the government. I just don’t understand how they could permit such intolerable conditions. And workplaces like that still exist despite everything they say.”

I saw his eyes shift, and by the look on his face I could tell he was searching for an appropriate response. “Well, some things never change.”

I dramatically stated, “What about the ’60s? There were all those groups committed to change – some of them must have benefitted the country. Like Students for a Democratic Society (SDS), they had to help in some way or other.”

Abruptly he stopped me, saying, “At my college, SDS was a bunch of radicals with loud mouths who flunked out of school the next semester.”

I let out a small laugh, arguing, “Well, the group was on lots of campuses, so some had an impact. I read this book about them called Rebels With a Cause. It seems to me they had the right idea about some things.”

Smiling and sincere, he made a comment I had heard before. “You should have been around in the ’60s. You would have fit in perfectly.”

“Well, sir, you know I’ve heard that many times,” I answered in a somewhat annoyed and disappointed tone.

“Don’t worry about it, kid. You’ll find a niche. What do you like? What do you want to do?”

For a moment I thought and then answered, “I don’t know what I want to do for the rest of my life, but I like writing and books. Also, I really dig music. The only thing I do know is I want to help people in some way.”

Instantly he said, “I was an English literature major in college. Like you, the only thing I liked in high school was writing and books. Boy, college was lot of writing. People ask me, ‘What did you do with that degree?’ Honestly, I haven’t done too much related to it, but I wouldn’t trade it for anything in the world.”

Dumbfounded by his honesty, my words stumbled as I said, “Yeah, I get that reaction from my parents all the time about wanting to be an English major.”

Then he exclaimed, “Just follow your heart, if you are looking for joy and happiness, that’s one place you’ll find it. But let me warn you, you won’t have a lot of money. And remember that something you believe in wholeheartedly now, you may not when you have ten years under your belt.”

I stood there astonished by his advice. I felt like I had heard that before in some childhood story, but this was the first time it really held significance. Before he left, he added, “One more piece of advice before I go: Walk slowly and carry a big stick. Keep that in mind and you’re bound to go far.” As quickly as he appeared, he disappeared through those glass doors. Although I haven’t seen him since, his advice still resonates with me. 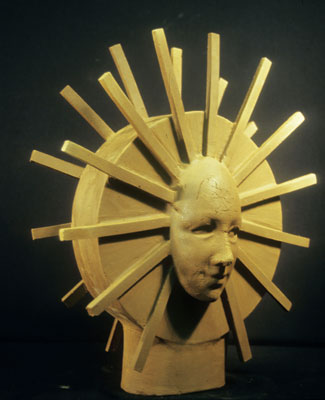 Favorite Quote:
Do or do not, there is no try.
~Master Yoda~

View profile
I guess you never know when you'll meet a philosopher who will give you that little bit of advice that might change your life forever! haha:) cool story!
spency SILVER said...
on Apr. 4 2011 at 12:56 pm
spency SILVER, Irvington, New Jersey
8 articles 0 photos 75 comments

Favorite Quote:
"DON'T GIVE UP,REACH YOURSELF UP"

View profile
This touched me. You never know how people might surprise you.
Lioness_Eyes said...
on Jan. 13 2010 at 6:29 pm
Lioness_Eyes, Placentia, California
0 articles 11 photos 26 comments

I think in this case, the man probably meant, take everything slowly and be ready to defend yourself and your values.

Favorite Quote:
Your work isn't limited by the tools you have, but by your imagination

View profile
What does "Walk slowly and carry a big stick" mean? Other than that, it is very well written. But please reply to my post. I would really like to know.
nolongerinuse SILVER said...
on Nov. 8 2009 at 8:03 pm
nolongerinuse SILVER, San Antonio, Texas
8 articles 0 photos 60 comments

Favorite Quote:
“Love has no desire but to fulfill itself. To melt and be like a running brook that sings its melody to the night. To wake at dawn with a winged heart and give thanks for another day of loving.” - Kahlil Gibran

View profile
Huh. I wonder what he meant by "walk slowly and carry a big stick". I hope I'm not the only one who doesn't know, i try not to appear ignorant.
CaseyLeigh PLATINUM said...
on Nov. 8 2009 at 3:18 pm
CaseyLeigh PLATINUM, Moraga, California
31 articles 6 photos 137 comments