Throughout our lives we meet many people, liking some, disliking others for whatever reasons we decide. But only a choice few of them become the close friends who we cherish and love. I believe that friendship is a powerful, beautiful and painful thing. It heals wounds, gives comfort in troubled times, and can hurt us to our very core; it is fleeting, yet eternal. Friendship is my law of life and it is a something we all need at some point.
***
“Do they have any kids?" I asked my dad as he walked towards the door.
"Yes, he has a daughter around your age and a son only a few years older," he replied.
"Okay, I'll come." Though some other banter followed, the excited chatter of a nine-year-old is not something easily remembered or recorded, so let it suffice to know that I was going to a wedding where my father was the pastor and minister. The sounds of people laughing, balls rolling down polished lanes, and the occasional crack of pins falling greeted me as I entered the bowling alley, where the wedding was being held. I don't remember the details of what happened there, just walking around, talking about whatever it is two kids talk about at weddings. Maybe how he, the son of the groom, felt about gaining some stepsiblings, or 'do you like this activity or that activity' and so on. Those don't matter so much any more. We met; that's what started it all. 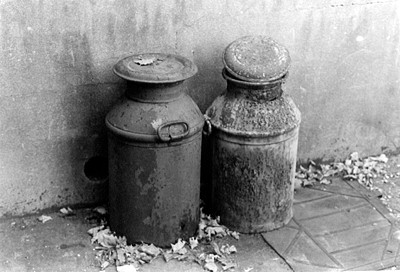 © Photo by Krystina B., Milford, CT

The author's comments:
This is a piece I wrote for the Law of Life Essay Challenge in school (it took 3rd place) it tells the story of me and friend and is 95% true (the last segment is how I felt or feel things may turn out).
Post a comment
Submit your own