Who wouldn’t want to be A WRITER? | Teen Ink

Who wouldn’t want to be A WRITER?

My eyes are sore, it’s one in the morning my fingers are aching, and I just finished the cake I abandoned an hour ago. I’ve been writing since one in the afternoon, only I’ve taken a few breaks. I never did my math, or my French. I need to get to sleep but I can’t until I write another paper. This paper, and then I’ll probably go write in my journal. I need to start a new one. Not to mention I need to write a letter. The life of a writer, you never stop writing. Once you start, and I mean really start. It’s like enlightenment, writing is. When you’re little, you have so much to say but you don’t have the vocabulary, patience or attention span you gain when becoming a teenager. Then when you become a teenager your like duh what do I do? Not because you don’t have things to say but cause you’ve gotten used to the idea that no one really cares or feel like listening anyway. That is until the enlightenment, then you never stop writing and you forget to eat chocolate cake cause your busy writing. You love to read because you love to write, you carry a notebook with you everywhere, to record your ideas, you stay up on a school night writing for fun?! When you know you have to finish a paper by the next day, but you’re not worried because you’re a writer. You’ll probably ingest three pots of coffee in the next 48 hours, talk to a hobo, take the bus, read a book, and study French, all the while writing and listening to music. You might hit someone for offending you and ignore someone else for the same reason. It all depends on what mood you’re in because everyone knows writers tend to be changeable so they shouldn’t have messed with you in the first place. You’ll go to France, eat dinner with the president, fall in love and figure out the cure for cancer this week. Who wouldn’t want to be a writer? 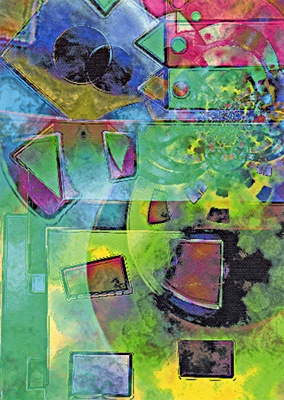 Favorite Quote:
What the front door.

View profile
Hahaha thanks so much and good advice but it was intended....I really appreciate the feedback though, and am really glad you relate!!!:)
Authorgal98 GOLD said...
on Jun. 3 2010 at 11:26 am
Authorgal98 GOLD, Frankort, Illinois
17 articles 0 photos 194 comments

Oh ho hoooo, this is extremely true and SO relatable. I enjoyed this. Extremely well-written personal piece. I applaud thee.

One tinytinytinytinytinytinytiny little suggestion, though. There were some errors in grammar with your VS. you're, and I think it'd boost your ethos and show the audience how credible and awesome of a writer you really are by fixing those little errors. HOWEVER, if they are intended, no changes are needed, and thus, this is still a super amazing piece.