A colonoscopy is defined as the “Visual examination of the colon (with a colon scope) from the cecum to the rectum”. I was 15 years old when I had my first colonoscopy. The thought that that colonoscopy would change the rest of my rest life never entered my mind at the time, but it did change everything. It changed my diet, daily activities, the way I looked at my body, and my future. All of this happened in the middle of 2010. The crazy part was that I was excited to get the colonoscopy, to finally get answers about why I was in so much pain, not knowing that those answers would haunt me.

My stomach was in so much pain as I was describing it to my mom on the phone, like sharp little knives trying to break through, prick by prick. I thought it was the flu or a virus that was causing the bursts of pain that made me curl into a ball praying someone would put me out of my misery. For a few days, I was constipated, and then, for another few days, I would have diarrhea every five to thirty minutes or so. I finally went to the doctor, but as I lay down on the exam table in her office, I closed my eyes tightly and hugged my stomach with my knees so high to my chin, thinking, “No one will ever know what’s wrong with me, so just end it and end me.” My head began to hurt and the lights became too bright.

My doctor ultimately referred me to a gastroenterologist because she did not know what was wrong. In her eyes, I could see not only her confusion, but also empathy, as she showed my mom and me to the door. I went to bed that night, trying to get used to the pain, praying to God that someone would at least tell me what was wrong. But, the pain became too much and the bathroom slowly became my new bedroom, filled with blankets and books. What I came to care about was not the burning fire or short jabs of knives attacking my body or that the diarrhea would stop tearing me up inside, but that someone needed to give me answers.

The throbbing, bloating, and burning sensation in my stomach and backside was surprisingly low on August 5, 2010, as I slowly walked up to Dr. Abdullah’s office. I was tired and anxious sitting in another doctor’s office, going through the same steps I became so accustomed to: height, weight, blood pressure, temperature, eyes, and ears. The nurses no longer needed to help or tell me what to do, and as they watched me go through the steps so easily and almost robotically, they looked at me with a kind of pity, that I was so young and enduring these problems and procedures.

When doctor Abdullah said, “I think we should do a colonoscopy to get the best and quickest results,” I was curious and excited. I was actually looking forward to the idea that I would get this long scope put up my rectum only because I would then get my answer. I knew how crazy and wrong that was to think, but with the kind of pain I had for so many days and weeks, I really didn’t care; I just wanted the pain to go away. Despite my feelings on this idea, everyone else at the office gave me even more empathetic looks and kept hugging me and putting their hands on my shoulder. The nurse said that that night I would drink 2 of the laxatives called Go Lightly and that I would have 2 enemas at night and 2 more in the morning.

If I thought I was in pain that morning, then I was severely mistaken when my mother administered the first enema that night. When you get an enema, you lay on the floor on your side with one knee bent while warm and uncomfortable water goes through your body. Goose bumps appear everywhere because of the pain and your hand grasps the towel under you for what seems like five full minutes. I did not sleep that night. Instead, I lay on the bathroom floor, covered by my blue fuzzy blanket as my only comfort. In the morning, I begged my mom with tears rolling hard down my face not to give me my last enema, but she knew she had to as she cried with me. My skin was pale and cold, and my eyes were a little red and puffy as I looked in the mirror before leaving. I lost 10 pounds that night with all the prepping I had to do, but each step I took toward my colonoscopy was a step closer to my answer.

The morning of August 6, 2010 at 10:19 a.m., I had my first colonoscopy. I awoke slowly and begrudgingly, but as I did, I heard my doctor talking to my mom, so I pretended to still be asleep. Doctor Abdullah told my mom that the colonoscopy confirmed that I have Inflammatory Bowel Disease (IBD) and that it’s a lifelong disease with no cure and little research. He was explaining to her that my entire diet would have to change; I would begin taking several pills a day and I may always continue to have trouble with sports (going to the bathroom a lot), but with the pills, the disease could be brought under control. I am now 17, have had 2 colonoscopies, take 7 pills a day (including a powder laxative) and I feel great and much stronger. I realize I have to live with this disease, but that I can still be myself with IBD. I have become more aware of my body and what I eat, and the love I have for my family has grown so much stronger. 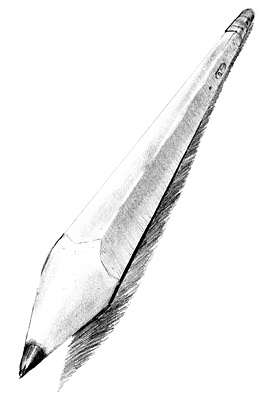 The author's comments:
I wrote this very personal piece because the one thing I desperately wished for while going this whole process was that someone or something would tell what it's like because of how scared and confused I was. No one would because of how personal it is. I want this piece to inspire others and let other young ones know that you're not alone and that it doesn't have to be so scary or unbearable. There are many other young people out there who have this disease or have to get a colonoscopy and this is to let you know what it's like so you don't go in blindfolded.
Post a comment
Submit your own

Lexi said...
on Sep. 25 2016 at 4:46 pm
I also have UC and I had my first colonoscopy at 14. I'm still 14 by the way. I hate everything about it and I just want to have a normal life again! I don't know how to describe what I'm going through to my friends without grossing them out. It also doesn't help that my younger sisters have no empathy and are always bitches to me when I feel sick.
TelDorathan SILVER said...
on Aug. 16 2012 at 12:54 am
TelDorathan SILVER, Clifton, Maine
5 articles 0 photos 5 comments

View profile
I know this is going to sound insane, but I know exactly what you're going through. I have the same thing, except I was told it was called something like Incupresis (Open to spell check). I'm so sorry that you have to go through this, and I hope you realize my sincerity, because, whether you believe it or not, I really do know how you feel. The little knives you mentioned... If you'll pardon my bluntness, they're in your anus, not your stomach itself, right? I've lived with this all my life. Again, I'm so sorry.
jmac1780 BRONZE said...
on Aug. 11 2012 at 7:13 pm
jmac1780 BRONZE, Staten Island, New York
2 articles 0 photos 30 comments
View profile
great story, you must be very strong to go through all of that! your writing skills are amazing, and you are a true inspiration :) keep it up xoxo
SongBird04 said...
on Aug. 8 2012 at 1:33 am
SongBird04, Littleton, Colorado
0 articles 0 photos 88 comments

Favorite Quote:
You've gotta take the good with the bad, smile when you're sad, love what you got and remember what you had. Always forgive but never forget, learn from your mistakes but never regret. People change and things go wrong but always remember life goes on

View profile
It's really neat that you decided to write about that! Great job, you're an amazing writer.
DanielM SILVER said...
on Aug. 8 2012 at 12:55 am
DanielM SILVER, Kent, Washington
6 articles 1 photo 245 comments

Favorite Quote:
"I would rather hated million times for what i did then loved a million times for what i didn't do." - Daniel Moto
" I've sought out to be the best i could posibly be but when i hit a roadblock in life what did i do, i had two choices either stay at the roadblock or i take this roadblock and make of it and go around it and achieve my goal. So, what will it be?"- Daniel Mathia

"People take love like its a four letter word or just a phrase that you tell people or your friends all the time. But in reality love is much bigger than a merely phrase or 4 letter word. Instead love is a genuine promise or covenant to that special person."-Daniel Mathia

“Why change yourself when you were made perfect and wonderfully by the creator of everything?” – Daniel Mathia

“If live is not hurtin then were really not living in.” – B. Reith