The future is full of dreams, but the past is home to inspiration and the tenacity that provide a foundation for these dreams. Most inspirations come from childhood or past struggles. People who resent the past fail to realize that these memories exist as an opportunity to learn, not to hold them back in any way.

For example, when I was about four years old, I thought that I was a dog. What I would do is that I’d make my mom tie a jump rope to my ankle from the kitchen chair, and then proceed to crawl around on all fours and bark at anyone who passed by. I also preferred to drink from bowls, so that I could lap the water up with my tongue. Why my mom allowed all of this to happen, I still don’t know and it’s one of those memories that I think about when I lay in bed at night. Fast forward to sixth grade, when this phase, believe it or not, actually reemerged. It all started when I met a girl who was just like me, except she thought that she was a cat. This encouraged me to start my charade once again, and we took full advantage of recess to transform as we barked and meowed at our friends. Yes, those were some weird times.

To some, this childhood memory may sound like an argument against the past, but hear me out. Over the years, I have become much more self aware, both physically and mentally, to realize that I am obviously not a dog and instead was just plain embarrassing. Is it painful to think that, at one point in my life, barking at people was an acceptable thing to do in public? Naturally, but the past is the loving mother who accepts us despite our shortcomings, because this is our chance to learn. It gives us an opportunity to take a step back and laugh about our mistakes, since they are something we’ve already overcome which, in turn, leaves us feeling stronger. In contrast, the future is only hopeful if you're optimistic. The future is meant for the perfectionists who don’t leave any room for mistakes. There is such a high expectation that everything must go well, everything must get better, and that is why thinking about the future leaves people anxious. The pressure is so undeniable that it makes people run back to the past for comfort to think of the “good old days.”

Remember the days of no homework, scheduled recess PLUS nap time, pre-phone addiction, and being too naive to have an identity crisis? Well, that’s all in the past and will most likely never return for adults. Realistically speaking, the only certainty in the future is death, and the rest are just illusions. Every teenager rushes to grow up, but being old isn’t particularly better. It’s like being a slightly bigger, constantly stressed child, except nobody pities you, calls you cute, or gives you candy. Future is also the name of a mediocre rapper with dreads that look like Cheetos with all the flavor sucked out of them, which is an ungodly way to eat cheetos and style one’s hair. All of the “greats” are considered of the past anyway.

The future is weak as it only appears to be limitless, yet it isn’t grounded enough to discipline, teach lessons, and doesn’t even leave room for mistakes; all it can promise is death. Let’s face it, the future is overrated. The past symbolizes perseverance. It provides people the material to work with in order for them to be inspired. Thanks to the past, painful memories such as acting like a dog in public aren’t as fresh, but it’s fresh enough to tell a story. 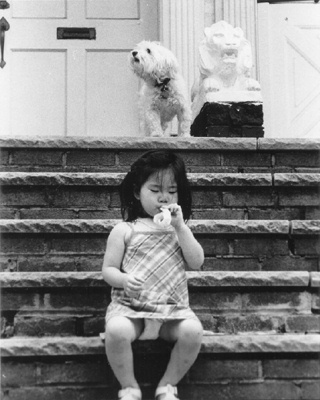 I over analyze my life, but when it all comes down to it, my past is just a story, and that's how I know I can move on from it. This was originally for a class debate.