Favorite Quote:
it is what it is

Okay, this is the story of when I found out that I didn’t like boys like all the other girls. I like girls, but I told my best friend and she told me to tell her sister to find out what I was that was when I was in fourth grade.

Then in fifth grade, my best friend's brother asked me out and I didn’t know what to say because I liked girls but my parents were saying that it was just a phase, so I  said yes then I found out that  I liked him. I told my best friend so we asked her sister again because I can’t tell my parents she said I was bi and that it was normal and I believed her but some people judge me and then it got to me so in sixth grade my best friend ask me out and we were to gather  for a year and two months and I loved her but we both fell for this guy that was  in are group and he ask me out and I told my best friend and we agreed that we were like sister more then a couple so I said yes and that’s when I had my first boyfriend. But in seventh grade I started too mingle with a lot of people and I found this nice girl and I had a crash on her. But she didn’t like girls so we became real close. She liked my best friend. But he didn’t like her he was gay. But nobody knew so he said yes but he didn’t love her like she did him. Then the school went out in a flash It was summer and I stayed with my best friend for a week and then I had to move away.

Then I started school in Bath Local Schools and I made some friend but most of them are fake can’t really tell them anything.  So it like drama started all offer because  my girlfriend broke up with me and one her closest friends liked me but that didn’t work because she missed her friends to much and I couldn’t love her because I was still getting offer my ex and it’s really hard to forget somebody that you liked and in my mind I know that no body going to be good for me so people when you guys talk about love do you guys really love them are just puppy love trust me it proble just a faze so wake up don’t fall for somebody you will lose 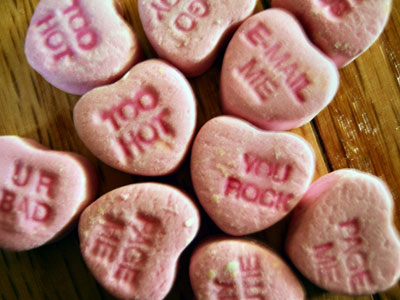 Don't fall for people that will leave.