The Physical and Mental Limits of Rock Climbing | Teen Ink

The Physical and Mental Limits of Rock Climbing

“Conquistadors of the useless.” Such a simple quote, but it bears so much meaning. This quote is far from random, as it is a perfect description of the world of rock climbing. In the 1930s, rock climbing was incredibly basic. It was really only used as low-to-the-ground mountaineering practice. Over the years, the limits of what we could do expanded. Obviously, there were plateaus between every advancement, and at times there were things we just couldn’t do. This raises the question, are there permanent limits to what we can do, and if so what are they? I, Austin Haverkamp, was intrigued as a climber and student what the answer to this question is. So I conducted my research of how we have pushed our limits, what we haven’t pushed, and what will finally, permanently shut us down.

“I’m pretty sure I can’t ever do 10a.” This is a quote from Adam Ondra during his interview with Matt Groom from EpicTv Climbing Daily. This is a major quote, as Adam Ondra is seen by many as the overall strongest climber in the world. He has climbed several V16s and put up the first ever 5.15d. Confusing right? In order to understand these, we must be able to understand the current grades in rock climbing. Let’s start with the Yosemite Decimal System. The Yosemite Decimal System is used in rope climbing, spanning from 5 to 5.15d, 5 being the easiest, and 5.15d is currently the most difficult. Along with the the Yosemite Decimal System, there are French Grades. These start at 5, and currently go to 9c, equivalent to 5.15d in terms of rope climbing. Not only are French Grades translated into rope climbing, they are also used for boulders. Boulders are shockingly the newest kind of climbing. Bouldering entails climbing low-to-the-ground, with no equipment but climbing shoes and some chalk. Bouldering is all about pushing the limits of the hardest singular moves, usually only going up to about 25 feet. The easiest boulder you can climb would be a 5. On the French Grade scale, boulders only go up to 9a, but there is yet another grading system for boulders. The V-scale is what is most commonly used to grade boulders, currently beginning at V0 and working it’s way up to V17. The first ever V17 was climbed by Nalle Hukkataival on October 23rd of 2016. After 3 and a half years Nalle was able to climb what seemed like an impossible boulder problem. Now this may not seem major, but it was an incredible step-up from V16. The time it took to advance from 5.15c to 5.15d and the time it took to get from V16 to V17 were quite long. This goes-to-show that the distance between each grade will only increase over time. With this in mind, this has to mean that eventually there will be a point where the distance to the next grade will simply be too difficult.

Many people see climbing as a hippie, uncompetitive activity, but the history of the sport says otherwise. It started in the 80s when the first sport climbing competitions took over. They started on 120 foot, man-made walls set with artificial holds to make the competitions difficult. The first IFSC (International Federation of Sport Climbing) competition took place in 1990. The first bouldering World Cup took place in 1999, only one year after it was designated a genuine type of rock climbing. In competitions, route-setters are tasked with making a mentally and physically challenging route, but it also needs to be doable for most climbers, as they each only have one attempt. There are not many limitations to the ideas of setting, but obviously some things can’t be done. This may not be a very good example of the limits of climbing, but there are ways in which it incorporates into how we will move forward with the sport.

Unless you are Alex Honnold and your amygdala is half broken, you have most likely experienced an extreme amount of fear in your life. So far, I have only spoken of the physicalities that have shut us down and are continuing to shut us down. Physical limits are the more noticeable aspect of climbing, but there is still the side of climbing that involves mental “try-hard”. Mental challenges may include finding the correct way to climb a boulder or route, or maybe even just trying to keep yourself motivated, but the most common obstacle the brain creates is fear. Climber and researcher Roanne Vanne Hurst wrote an astonishing book called “Fear”. “Fear” covers many aspects of its title, but I’m only going to focus on the climbing portions. Hurst got in contact with several of the best climbers in the world, but the two that cover it the best are Hazel Findlay and Alex Honnold. Hazel Findlay has talked about fear - more importantly how she deals with it - on several occasions. What she generally says is, “If you want something bad enough, you will push past the fear, be unfazed by it, or in some cases it just won’t be there.” At the beginning of every season, Findlay also does fall training, progressively making her falls bigger and bigger in order to become more comfortable with them. Alex Honnold is a whole different story. In some cases he has said he experiences fear just like the next person, but this has been scientifically been proven to be false. While filming for the documentary “Free Solo”, Honnold had his brain scanned to see if something was wrong with him. When the results came back, he was shown that the amount it takes to stimulate his amygdala is far greater than the average person, making him less prone to emotion. Although, he has said that breathing and refocusing allows him to block out fear. Fear can cause you to let go, but in some cases it can make your body shut down, making you tire quicker and fall faster. Pushing through this can be extremely difficult at times, creating yet again another barrier for us to surpass.

The question is, put simply, what are our limits as rock climbers, both mentally and physically.  More importantly, are there permanent limits? After my research, there is still some debate, but it seems that there is a cap to what we will be able to do. Maybe it won’t be difficulty, maybe we will just run out of rocks to climb. Adam Ondra said he is pretty sure that he can’t ever do 10a, so then we have to wonder if anyone will ever be able to. Sadly we do not have the answer to that question, but time will tell as we further push ourselves into what our brain believes our bodies can’t handle but our dreams and motivations can. 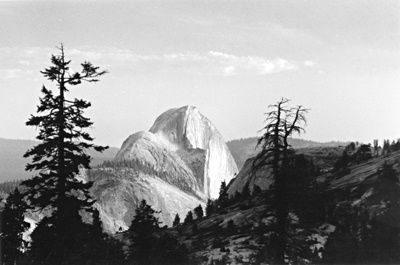