I was looking out my airplane window, and all I could see was this big beautiful city, that was surrounded by mountains and lit up in the night sky. All of a sudden I heard the captain say landing in “Athens, Greece” in his British accent. I could now suddenly feel the airplane lowering into the night sky. I can now hear the wheels rolling onto the run way. I’m starting to get very excited; I couldn’t wait to get off this airplane. I felt like I was being trapped in the airplane for all of those hours and now I’m finally freed! I remember running off the airplane at the first chance I could, and trying to find my grandparents and then, my pink suit case as soon as possible. I was now walking out of the airport with my grandparents. I remember my grandfather putting away my suit case and my grandmother sitting in the cab. I also remember rite before I got into the cab I looked around and felt the warm June air against my skin and I breathed in the foreign are and all I could think was that I’m home sweet home. We were then on our way to are village in Sparta. I slowly fell asleep thinking that this is going to be a summer to remember.

I awoke up to the sound of the cab doors being slammed shut. I looked around and all I could see was my grandfather paying the taxi driver and my grandmother getting our entire luggage into the house. I quickly got up to go and help her out. I then ran to my room and looked around; I couldn’t believe that everything was exactly the way I left it. I was astonished that my stuffed animals, books, and magazines were exactly the same way I left it two years before. I then decided to open up my suit case change into my pajamas and then start to unpack a little bit. After awhile I finally dosed off.

For the first couple of weeks I was really homesick I missed my family and friends. I was really envious to hear about what a great time they are all having without me! I was also sad because I was the only young person in the village. I was the only young person because my friends in the city and didn’t end school till July 1. So the first couple of weeks I had a lot of thinking on my hands and exploring. I would walk around the village or play with Gloopy the dog. I would think about what my friends and family are doing in America. I would also think about if anyone missed me, or did they forget me? I would also be thinking about what I would be doing in Boston if I wasn’t in Greece?

Then one day I after I woke up from my siesta I was drinking a cup of coffee on my porch when I all of a sudden I heard someone calling my name from outside. At first I was wondering if it was a figment of my imagination or something like that. But, then I kept hearing someone call my name so I ran down the marble steps almost slipping to see who it was. It turns out it was my friend Stephania! I quickly opened the gate for her and let her in. I was so excited to see her! We started talking at the table and catching up. She then told me that the whole group was back in the village, and were at the festival that was taking place at the village next door, and she asked me if I wanted to come. Well I bet you know what my answer to that was, I quickly said yes! I then ran upstairs to get ready and we then went to Stephania’s house and I waited for her to get ready. After we were all done getting ready for the festival we started to walk there. I was so excited I couldn’t wait to see everyone! I could start to here roaring of the loud music playing and I asked Stephania if we were close by she said yes. When we got their I instantly saw Marianna waving to us to come sit with her. She was sitting at a table with Georgia, Thanos, Kostas, and Penelope and with some other boy I have never met before. I ran up to here and hugged her I couldn’t believe how tall she got; she looked like she was six feet tall. We then all sat down and started talking. I then asked Marianna who was the random kid sitting with us, she then introduced me to her cousin Henry who was staying with her for the summer. We all soon started having fun catching up and joking around like old times. After that we started dancing I couldn’t believe how much fun we were all having dancing! Georgia then pushed me in front of the line and said “I think it’s time we let the American girl lead a dance?” So I then lead a traditional dance called Kalamatiano and I remember having Henry turn me and when I was spinning in the air I couldn’t help but think that the summer just started. I was wondering if this was the beginning of the summer, then what will the rest of it will be like.

For the next couple of weeks we seemed to come up with our own thing. Every day we would all meet up at the park after everyone had their siesta. When we were at the park we would act like any other normal teenage kids. We talked, joked around, pulled pranks on each other, played games. It was just so fun. Like the time Thanos taught Marianna how to rid his vespa I thought it was so cool but she kept screaming the whole time and was afraid she would crash. I was way too afraid to try it though. So I just stuck with letting Henry drive me every ware. I also remembered the time we played hid seek in the dark at the old school. I think it must have been one of my favorite memories. I remember trying to hid and I had no ware else to hid so I asked Stephania for help and she stuck me in the old fashioned stove. Ware they cooked bread I guess you can say that when they found me in their I had ash all over me in the end! Or I guess I also couldn’t forget the time when the boys decided to trick me by trying to teach me new Greek words that meant something totally gross or mean and they tried to make me go up to random people and tell them those things! Thank gosh Marianna told me what they really meant!


My last day in Greece I think was one of the best days and one of my saddest days to. But I do know for shore that I am never going to forget it! We all woke up early for once and took the bus to Kalamata to go to the beach. I remember getting off the bus and running on the beach. I can still remember the way the soft pinkish brownish sand felt inside my toes! Or how the warm sun hugged my sun kissed skin, or how the clear blue Mediterranean water felt against my skin when they me into the water just like they. We spent most of the day on the beach and we then went out to eat at one of the boardwalk restaurants. After we eat souvlaki and baklava, we had some free time to go shopping at some of the shops before the bus came back to pick us up. On the bus we were all singing songs and goofing around and I remember we didn’t care what people thought because we were just kids, just wanting to have fun! When we got back to the village we went to Stephania’s house and watched the movie The Hangover which was my favorite movie and also hers. After we watched the movie the boys decided they wanted to make themselves a cake and not share it with the girls! So the girls decided they wanted to make a cake and not share it with the boys. We ended up randomly having this weird cake contest thing and all I can say is that the boys sadly won and I still don’t understand how to this day how they can make a really good cake! After that we spent the rest of the day at the park and the old school just hanging out taking pictures and looking at the starts till I had to leave the next day.

Before I left I guess you can say it was kind of emotional saying goodbye to everyone. We all grew so close to each other over the period of time. We felt like summer just started and we couldn’t belive that it was already the end of August! I remember hugging everyone and telling them well keep in touch with facebook and that I’ll see them again next year. I guess you can say though that I took this experience and made the best out of it as best as I could. I know for shore that I am defiantly never going to forget this summer because it was a summer that I know I will remember. I can’t wait to go back to Greece next summer! 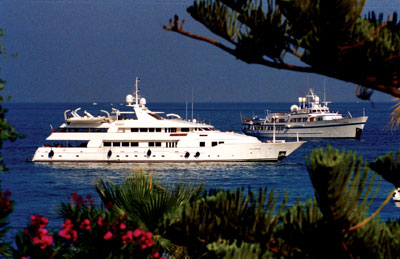