The Secret Of Nautilus Island

“What exactly are you talking about?” Tylar asked.
“A treasure.” Spade chose his words carefully.
“A treasure?” Despite his resistance, Tylar could not help but be intrigued.
“Not just silver and gold mind you. A treasure that has been fought over for near two hundred years. A treasure that can not only control our seas, but can unlock the secret to another world. A passage through our world and into another. Interested?”
In a time when pirates ruled the seven seas Tylar Morgan could never live a normal life. His birth was a conflict of fate itself. His bloodline was never meant to continue, its past was much too dark for that. His secret; he was the grandson of the evil pirate Henry Morgan. In his veins ran the blood of the most ruthless pirate of their time. Through fear of the past the world chooses to ignore Tylar’s call to the sea, but this fear cannot be suppressed forever, not when is takes physical form in the pirate captain Mac Spade. After being captured by Spade, Tylar and his sister Layla are taken to the mythical Nautilus Island where they must finish a war that started thirty-two years before. After falling in with pirates, Tylar is forced to leave behind the life that he knows. He must face all the truths of love, pain, life, and death. And that in the life he's chosen everything comes at a steep price. 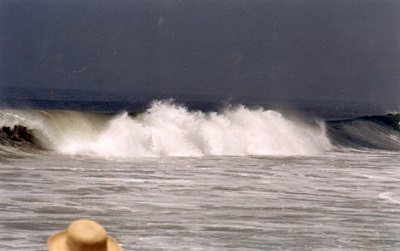 The Secret Of Nautilus Island

Favorite Quote:
"Does giving really mean hospitality, Or does caring for people? I think the latter. "
I know it's a random quote but I love it all the same!!!

View profile
That was really good! I love reading books from hundreds of years ago and you were able to make me feel like the author lived in those times, may I ask how old you are?