Maybe it was stupid of me to think that Joe would let me go out to the party that David Messamer had invited me to, and skip out on the Family dinner party, I mean what did I aspect from my step father, who’s never let me go out, unless it was to school, church, or a family event, but even then he has to be with me, every step of the way. Literally, not because of being an over protective father, but because he doesn’t trust me, he thinks I’ll be spending the time spent away from him with a guy, or do bad things that will cause the cops to come knocking at the door and asking him questions. He teaches Gym where I attend school, at McKinley high, and he’s one of the Sunday school teachers at church, he owns a restaurant called JOE’S HOT SPOT, where I work.
Yes he’s my Step father, but he’s also my Guardian. My mother, and he’s daughter Lilly died in a car crash down by the Blue Valley River 3 years ago, we were on our way back home from the carnival that just couldn’t be missed, Lilly sat in the passenger seat because mom had promised her, I was in the back we were singing along to Alicia keys “if I didn’t have you” before any one of us new, the car ended up half way in the water, I was the only survivor, at this point I didn’t know what was going on, I felt astonished, sirens was surrounded around me, voices, screaming, chaos everywhere, I looked around for my mom and Lilly but I couldn’t find them. I see Joe who’s looking down at me with an aberrant abomination stare and without a word he passes by me and runs towards the accident cursing at the paramedics, and crying over his daughter and my mother. After the funeral, than did I gain memory it all became clear to me. Joe was mad at my mom he was mad at Lilly. Joe was madder at me. He made it he’s goal to torture me. To make me feel like I’m dead. Why? All because he felt I should of died instead of he’s wife and he’s only daughter, but what I didn’t understand is, before the accident, I was he’s favorite daughter, now I’m just he’s living dead girl. And I live too far away from my one grandmother that I know of. My mother looked exactly like me, but with a skinny hour glass frame, she had long 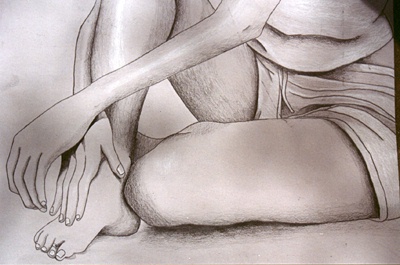