Five children from 5 different Goddesses, born with powers. Each only 15 years old and confused on what's happening. Once you start experiencing your change in power, you are sent to a special camp. This camp is filled with lots of different training exercises and once completed with training they decide who is the most acceptable to be sent into the real world. All with curiosity of knowing the truth, they accept the letter.

The first child, Dahlia, the sweet child of Rhea, the Goddess of Nature. Dahlia is a 5’5 ginger with one green and one brown eye. She has much self-control and bravery as well as honesty and loyalty. She had received a letter revealing the camp once she started gaining her power. She had not known who would accompany her to this so said camp. She thought about it and wanted to improve her skills so she said yes.

The second child, Giovanni, the son of Athena, the Goddess of Wisdom and Knowledge. He’s a hazel eyed brown hair child and is 5’11. He was filled with lots of compassion and knowledge. Giovanni was a very intelligent child but still was so far from knowing the truth. He was also very shy at times. He had received a letter as well from the camp. He had accepted thinking of how much he may learn and perhaps the truth to reveal itself.

Third, Iris, the daughter of Amphitrite, the Goddess of Seas. Iris is a 5’3 girl with soft blue hair and blue eyed girl just like the sea. She had a strong compassion for piano playing as well. She was very light-hearted and had a perfect soul just like her mother. She loves to be around people and is always happy. She had been sent the same letter as the other children, she had accepted this letter as a way of learning her powers and connecting with other children like her.

Then came the fourth child, Rowan, child of Latona, Goddess of Day and Night. She enjoys running in the wind and playing games outside. Rowan has light blonde hair like the sun and grey eyes like the moon and is 5’6. Unlike her mother,  Rowan was a very competitive young child. She is very extraversion, and open to new things. She enjoys any kind of challenge she can get a hold on. Once she heard her letter was here, she was more than excited so of course she accepted.

The last in this group, Anshul, child of Hestia, Goddess of Fire. Anshul’s name means sunbeam in Hindi. He is a 5’10 male with grey hair and red eyes which is quite unusual. Anshul is a very brave young man. You could find him either playing with fire on his own or trying new skills he had embraced. He was also quite anti-social you could say. Once he had received his letter he took it as an opportunity to learn his skills instead of a socializing way.

Once they have all set off to find this camp, they are challenged with their first task. This first task involved fighting off a wild beast, a tall green slimy monster with 5 eyes and no nose. Since none have trained yet to control their powers, for this challenge they will only use what they know in their power to see how much training they need.  Once completed with this task you may continue to find the camp, the letter did not include the place which means they were all given the same 3 clues on finding this camp. Once they all are at the third clue they will all be together and meet for the first time. Once they meet up they have to continue together and work with each other until they find the camp.

Dahlia’s the first to complete her first task/clue and is  moving on to the next. She reaches an arm of the sea. What she doesn’t know is there at that very arm of water, she is being followed. She reaches back into her backpack and takes out a chalice. As she was filling that chalice with water, she was struck in the back by some sort of zap. She is now on the ground and she turns slowly to see who hit her. There is a very tall shadow perhaps 7 feet tall, maybe a male, he walked out from the shadow and she was shocked. It’s Mellow, the son of Hel, Goddess of Death. He is surrounded by fire and has black hair and black eyes. You can see why this might be a problem.

He speaks to her, “Hello old friend, long time no see, my my you have changed dear since the last time I’ve seen you Dahlia.”

“What do you want from me Mellow, I have nothing else to say to you,” she says.

“Well that isn't a way to talk to your friend...now is it?” he says sharply. “Anyways if you were wondering what I'm doing here, I want to make a proposal.”

“Whatever it is, I say no. Now leave.” She strikes back.

“Fine then I’ll be there, now leave!” Dahlia says. He leaves and now Dahlia is worried on what to do, she decides to just continue and look for everyone else.

Now everyone is on their third clue, the last clue on finding the camp. The first ones there are Dahlia, Anshul, and Iris.

“Hi there, I'm Iris, I am the daughter of Amphitrite,” Iris says.

“Such a pleasure to finally meet you!” Iris responds.

“Uh yeah you too....and who might you be?” Dahlia asks Anshul.

“Well I'm Anshul, son of Hestia, and no I don't do autographs, sorry,” Anshul replies.

“Well someone seems quite full of themselves huh?” Dahlia says.

Two more people approach them, it’s Rowan and Giovanni. Giovanni looks quite nervous while looking at Dahlia. Rowan speaks first out of the two.

“Hi the name is Rowan, I'm the daughter of Latona. This is Giovanni, son of Athena.” Rowan says for the both of them.

Dahlia, Iris, and Anshul all introduce themselves once more and then they head off to continue to the camp. 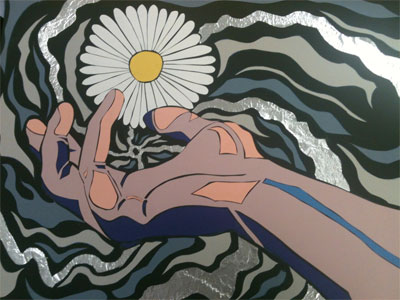