When Jayla Montgomery was a little girl, her father abused her entire family: physically, verbally emotionally. It got to the point where her mother was knocked unconscious from the blows of her father. Once they notified the cops, Jayla’s father was locked up for good. Now a junior in high school, Jayla wants to finally fit in with everyone else other than her weird lame home schooled “friends.” After her father went to jail, her mother started homeschooling Jayla and her two sisters. Wanting to learn what the high school scene is really about, she decides to enroll in the local public school.

On her first day, she meets two boys, Leo and Jake. The former becomes her boyfriend for awhile before he abuses her continuously. The latter, Jake, becomes her best friend from the first day that they meet. After Leo’s abusive actions, Jayla runs to Jake and they slowly start to become more than friends. Jake opens up about his scarred and dangerous past and Jayla does the same. And so the game begins. But will it be too much for one character to handle? 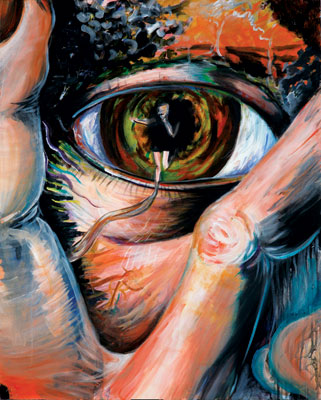 Favorite Quote:
"There is nothing to writing. All you do is sit down at a typewriter and bleed."
-Ernest Hemingway

Favorite Quote:
To Die Would Be An Awfully Big Adventure

This is pretty dark adn haunting, but  the change from home schooling to public schooling is something refreshing and relatable.

Please check out my novel SuperNOVA and leave your thoguhts on it. Thanks :D