Child labor is not a choice for children in developingcountries, where big companies make money from cheap labor. Did you know that 250million children ages five to 14 are victims of child labor?

Iqbal Masihwas born in Pakistan and lived under some of the worst conditions. At age four,he was sold and chained to a loom for wages of less than $16 a day. Iqbal tiedknots in carpets 12 hours a day, every day. When he was 10, he demanded hisfreedom and, with help, eventually got it. He educated himself and receivedinternational attention when he helped free hundreds of children from the horrorshe had gone through. He started receiving death threats and, in 1995, was shot todeath. Iqbal was only 12 years old.

After hearing Iqbal's story,I felt very isolated. Child labor seemed so far away from me, and most teensdon't hear this kind of story. Now I realize that the more we speak up about it,the more we can help spread a message of hope to the 250 million children trappedin horrible situations.

You may think such abuse happens only indeveloping countries, but many children in the United States illegally work atjobs that endanger their lives. Look around and listen. Rutgers University laboreconomist Douglas L. Kruse, working with the Associated Press, found 290,000children working illegally in the United States; 59,600 are under the age of 14.The children are hidden from consumers, and usually even the companies thatmanufacture the products. Some children make less than three dollars an hour,saving employers $155 million.

You can make a difference just by speaking out against what youknow is wrong. Don't let child labor pass you by because you think it doesn'tmatter or it's not important. Look around and see what you can do to help ourworld. 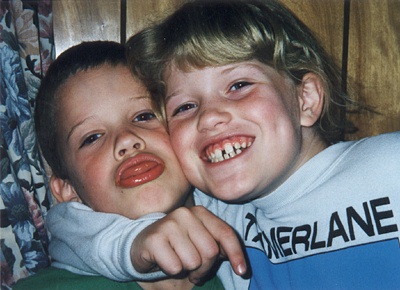