Pressures from the Future | Teen Ink

Pressures from the Future

How many times when watching TV, waiting for the program to return, have you come across a commercial that put on the spotlight? Or maybe when you’re with your little sibling and they see something that they ask you what are they meaning? Then you start thinking why exactly is this being shown is.

When I started noticing this and understanding what it meant, I really paid close attention and started wondering. Why are people showing women wearing nothing but short tight shorts and an athletic bra on doing a back flip to advertise shoes? Or why are there commercials with men doing back flips outside the water wearing nothing but tight Speedo shorts to promote swimming?

In my eyes, it seems to have been easier to live back in the old days then now. You weren’t able to see the images when you were too young to understand what it meant. People weren’t allowed to get wasted by alcohol or addicted to drugs as much. Teenagers weren’t allowed to go and do something foolish that they’ll regret later with their friends on a Saturday night that was meant to be a joke.

The pressure to be perfect hits everyone at a young, no matter if you’re a boy or a girl. Being pretty and popular seems to be a natural born feature that you’ll never be able to achieve and sometimes you’re automatically marked as a failure.

Girls are under the weight of being skinny tall and gorgeous to become the next model. In the past we have seen people go being able to see their ribs and until anorexic. Talented people have died from being too thin, thin enough for the body to not have enough sugar and shut down because it can not operated properly.

Boys have to be the man of the house by getting the money and keeping the family alive. Many people are not able to pursue the career they want because it is not where the money is like my cousin. She wanted a career in journalism but her father told her to be an engineer since someone is always looking for an engineer to hire, even in tough economic times. Now she is trying to accomplish getting a PhD in engineering, which she does not seem to enjoy to the fullest extent.

To say life is easier now than a hundred years ago would be hard to say and may stir arguments with latest technologies of texting, computers, and music and up to date news at our fingertips. But almost one thing is for sure. The pressure to be perfect is higher than ever as self esteem levels, mine included, drop further and further with each passing day for maybe many generations to come. 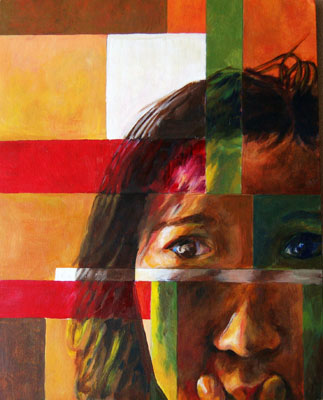