The Battle Cry Of Freedom

All over the world, and though history; people have fought for freedom. Freedom and justice for all, with equal rights and democracy. But the road to these things is long and rough, dangerous and racked with horror. As twenty eleven draws to a close, I look back on the year and think what I remember most about it. I remember the protests in Egypt, where people put their lives on the line to fight for what they believed in. They carried signs saying 'Freedom, Bread and Social Equality' and in their act of peaceful protest pushed their dictator out of power, 2 million people stood against what they knew was wrong. However, this cost some 846 lives, wounded 6, 457 and resulted in the arrest of 12, 000 people. To this day, the fight for freedom continues in Egypt, as the road ahead is still long.

This year also saw the murder of peaceful protestors in Syria, so far the UN estimates that more than 4, 000 people have died in the nine month uprising, including 304 children. Despite this death toll people continue to protest, and march for their freedom. There are some claims that Syria is inching towards Civl war, as the syrian dictator, Bashar al-Assad refuses to back down.

Libya saw large protests, mass street violence, a city siege and a witch hunt for dictator Cornel Gaddafi. It is estimated that at least 30, 000 people were killed during the civil war that racked Libya, this number is expected to rise.

On a smaller level. Britain also saw mass protests, against university and pension cuts. London also saw riots resulting in some 2, 987 arrests. Following the riots, some people were arrested shortly after the riots for texting or sending Facebook messages concerning the riots.

Overall 2011 has been a year of many things, royal weddings, mining accidents, earthquakes/tsunamis in Japan, the death of Osama Bin Ladin, but what strikes me most is the public unrest. It makes me wonder what 2012 will bring, in terms of freedom and justice. 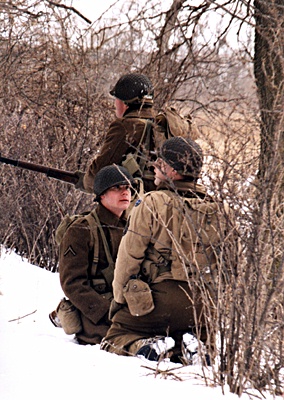 The author's comments:
I wrote this when I noticed that the new year is really, really close.
Post a comment
Submit your own

View profile
Yea I agree this isn't really an opinion piece but is a great account of what happened in the world this year. Great job reporting all around the world rather than just one country like most people do. You did a wonderful job, it is a great summary of this years encounters of freedom.
AnimaCordis GOLD said...
on Jan. 2 2012 at 4:47 am
AnimaCordis GOLD, London, Other
13 articles 0 photos 131 comments

View profile
I wanted to try reporting facts as well as opinon, but it sort of seems i forgot to put in my opinon.
Jappyalldayeveryday said...
on Dec. 30 2011 at 1:50 pm
Jappyalldayeveryday, Detroit, Michigan
0 articles 0 photos 163 comments

View profile
This is interesting, but seems a little more like a listing of facts than an opinion.