Humor is a problem? | Teen Ink

Humor is a problem?

People are afraid of laughing at jokes that could be considered racist, this is utterly pointless as humor no matter how offense is still humor. It is only by joking about something that we prove we accept it. A society where a white man can say 'nigger' in a joke and people not get all PC (politically correct for those under a rock) is a truly tolerant society. I however am an Anglo-Saxon male meaning I am the world's punching bag, everyone has some gripe against me yet I am the only one who will get in trouble for making a racially tinged joke. 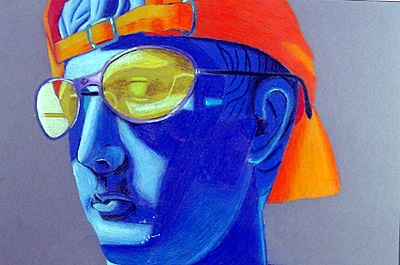 Favorite Quote:
Love starts with a smile. Grows deeper with a kiss. And ends with tears.

Favorite Quote:
If love isn't a game, how come all I'm seeing are players?

Micheal, close your mouth! We are not a codfish!
~Mary Popp

exactly! i never meant to say that people can't express anger against what others say - because that would be hypocritical - rather, i meant that everyone has the right to say what they want to, even if it happens to offend someone. and yes, the person who says something 'insulting' should be prepared for how others will respond.

You bring up some great points, and it is true that we have free speech in this country. BUT, with this freedom comes responsibilities. If someone expresses a viewpoint, whether it is an offensive one or not, they should know that they will have to accept whatever consequences come after the statement.

And when someone says something truly offensize, PEOPLE GET ANGRY, and they are going to react. This is also a freedom of speech. So it's okay for someone to spout off whatever they want, but it's not okay for people to call them on it? Your arguement is what is called a double standard.

Favorite Quote:
If love isn't a game, how come all I'm seeing are players?

Micheal, close your mouth! We are not a codfish!
~Mary Popp

i know it may seem like people are just saying this sort of thing to be racist, but have you ever considered that they are genuinely convinced it is funny?

granted, some jokes about ethnicity (technically, race just means humans as a group, not ethnic divisions) do get offensive, but people take this so far!!

i mean, outlawing 'hate speech' jokes?!?!? the government could forbid practically anything you said!

there is such a thing as free speech. if you are offended, just ignore it or let the offender know you personally don't think that is funny.

Favorite Quote:
"This too shall pass." and " When God leads to a cliff, jump, because He'll either catch you or teach you how to fly."

View profile
It's cool if you are good friends and really know this person, but if you don't, don't try it. No one wants to be insulted because of who they are. What some might see as a joke others could see as insult. Know the difference.
PurpleFeather BRONZE said...
on Oct. 10 2009 at 4:49 pm
PurpleFeather BRONZE, Canton, Connecticut
1 article 0 photos 124 comments

View profile
yes, it is true, i am black and i do make black jokes with other blacks sometimes. even with my white friends.

BUT, if some comedian made a joke about anyone, whether blond, black, asian, hispanic, whatever,

i wouldn't think it was funny. u nvr kno how someone might react to any kind of joke. at my school ppl make racist jokes all the time and they r not doing to be funny, THEY R DOING IT TO BE RACIST.

this has nothing 2 do with humor; when ppl make jokes like that, they r just being mean. they try to appear humourous to cover up the fact that they are being racist. white ppl laugh (i disagree with ur opinion that ppl are afraid to laugh at racist jokes), but the ppl they r making fun of dont find it humorous
NorthernWriter said...
on Sep. 10 2009 at 6:18 pm
NorthernWriter, Fargo, North Dakota
0 articles 0 photos 326 comments

View profile
The joke you have there is a joke that I would think even Russians would use. Certain societies make fun of people within their societies like Americans do with blondes. But you say "it is only joking about something that we prove we accept it." Some people don't accept it, and some jokes actually DO hurt or hit a spot on the inside. Personally, I feel Blonde jokes aren't as cruel as racist black jokes, because most racist black jokes are meant to vilify blacks. For example: take the blonde out of the blonde joke, replace it with "a ditzy girl" and the joke is still reasonably funny. But take the black out of the black joke and oftentimes you don't HAVE a joke at all. Understand my point? Some societies take this stuff easy and everyone pokes fun with no harm. I've seen African-Americans at my school make black jokes and obviously, they seem to accept it.