Why is there so much hate? | Teen Ink

Why is there so much hate?

Favorite Quote:
We will join the minorities to create the majority.

Why is it that, as a culture, we are more comfortable seeing two men holding guns than holding hands?
-Ernest Gaines

For the past year or so the government has been trying to tell people what is right and what is not. This “thing” of which they speak; homosexual marriages. But, is the relationship between a man and a man, or a woman and a woman their responsibility or choice? In school you learn about the “separation” of church and state, but where is the separation here? Throughout the article I will be quoting from a newly famous article called; “Top Ten Reasons Gay Marriage is Wrong” (or any other variation of the title that you are familiar with.

“Being gay is not natural.” For who? If they (homosexual couples) have found a way to be natural, then who are we to say that it isn’t? Because the Bible- a book written almost three hundred years after everything happened-said so, correct?

“Gay marriage is not supported by religion.” Umm, last I checked America was made up of many different cultures and religions, so why should this have anything to do with it, at all? As stated above, America has been attempting to separate church and state for hundreds of years, which means the government has no right to “snoop” in the affairs of ‘religion.’

But, of course, why should the government care about any of that? They seem to need to the control that comes from taking away freedom (yet our country is based on what?). 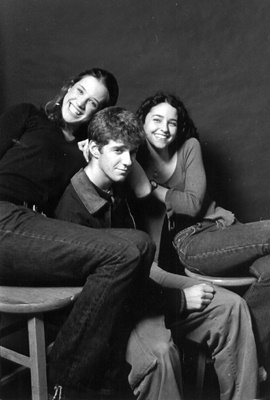 dlove14 BRONZE said...
on Jun. 23 2010 at 4:06 pm
dlove14 BRONZE, Newtown Square, Pennsylvania
2 articles 0 photos 2 comments
View profile
I completely agree.I feel like our society likes to claim its fair and equal for everyone when in reality its not. Also, I agree that the government and religion isn't totally seperate when it should be.