10 Artists We Want To See On Tour | Teen Ink

10 Artists We Want To See On Tour

Whether they have announced a tour or REALLY need to, these 10 Artists have to go on tour ASAP

The Hotties are ready. Rappers and especially female rappers do not go on solo tours, but I’m expecting a bit more from Megan. The “Hot Girl Summer” singer is already lined up for many festivals this year. She recently performed for 200,000 people at Lollapalooza, Chicago. I hope she does more show dates, especially a few international ones as well. The Hotties are ready.

Postponed due to the Covid-19 Pandemic three times already, Dua Lipa is all set for her “Future Nostalgia Tour” starting in April 2022. Though she has only announced dates in Europe so far, Her fans are waiting for her to announce dates across the world. Last Year, The “Don't Start Now” singer had given fans a virtual, Livestream concert called “Studio 2054” featuring all her hit songs with special appearances listed below.

The Show was attended by 5 million people globally. I have seen Dua twice live before and can confirm that she is incredible. I have tickets to her show in London and cannot wait to see Lipa live.

Lizzo is back! The singer returned just this month with her song “Rumours” featuring Cardi B. Since then, I have not been able to stop streaming the song. I cannot wait to hear the album. The sooner she releases it the better. The entire world is looking at Lizzo at the moment and “Rumours” earned Lizzo her biggest debut on the Billboard Hot 100, debuting at No #4. Irrespective of the numbers, Lizzo is always entertaining live, especially with her flute and motivational speeches, and I will be booking tickets ASAP.

BLACKPINK has had an interesting year, After their astounding and well-produced Livestream concert “The Show” took place in January, we have received Rosé’s much-awaited solo album, and just yesterday we got the date for Lisa’s upcoming solo project.

They have also been promoting “The Album (Japanese Version)” as well. “BLINKS” have also enjoyed the special 4+1 project to celebrate 5 years of BLACKPINK, and cannot wait for their next body of work. The entire fanbase is waiting for a worldwide tour to take place next year with shows hopefully in India and Latin America. We’ll just have to wait and see.

Truth be told, When “Happier Then Ever”, Eillish’s Second studio album came out in July, I was disappointed. But now the album has grown on me significantly, and I am trying to get tickets to her nearly sold-out show! Billie’s last tour “Where Do We Go?” Ended due to the pandemic 3 dates in, as predicted my show in Taipei was also cancelled (Btw, Still haven’t received a refund for that @Ticketmaster) Nonetheless, Billie always brings her A-game on tour and if you have tickets, you’re in for an experience of a lifetime.

No Virtual Show as of yet (yes, I’m still hoping for one), but Ariana has been feeding her fans. She recently concluded her video series with VEVO featuring 6 songs from “Positions”.

Nonetheless, The “Arianators” cannot wait for Ari to announce the Positions World Tour, and hopefully, fans in Latin America, Africa, Asia, and Oceania will get a chance to see her live.

Not to quote Wendy Williams, but “Come on now” Doja Cat has had a triumphant year, with the release of her album “Planet Her” the album has had hit singles and many non-singles such as “Woman” and “Get Into it (Yuh)” have been successful on the Hot 100. Her management might be struggling to decide which song to push as the next single, but when you have an album full of bops that’s what you get. Her visuals, the outfits, the production, and vocals have all been on point and I would die to see a “Planet Her Tour”

Yes! I did buy tickets to Lady Gaga’s London show in her exclusive 6 date tour called “The Chromatica Ball”. I am patiently waiting for her to announce the rescheduled dates ASAP. My introduction to Gaga was only in 2019, and I have come to love her since then. I’ve heard amazing things about her live performance and cannot wait to see her soon!

“The Confetti Tour” can’t come soon enough, Little Mix has had one of their best album rollouts in a very long time, perhaps their best ever. The music is good and personally, all of them are doing well. Just this week, both Leigh-Anne and Perrie gave birth to their children.

To commemorate 10 years of Little Mix, the trio is releasing a special album titled “Between Us” with 22 songs, including 4 brand new songs. The compilation album will be released on the 12th of November. I cannot wait to relive my childhood through the album, and hopefully see some special songs on tour.

Taylor Swift’s last tour was the “Reputation Stadium Tour”, Since then she has released “Lover” and the twin sisters “Folklore” and “Evermore”. Currently, She is also re-releasing her old albums, so far we have got “Fearless (Taylor’s Version)” and will receive “Red (Taylor’s Version)” in November. With so much new music I am hoping for a “Lover x Folk-more” Tour so that the “Swifties” can scream the lyrics to “Betty” and “The Man” in just one night, it’s going to an emotional rollercoaster! 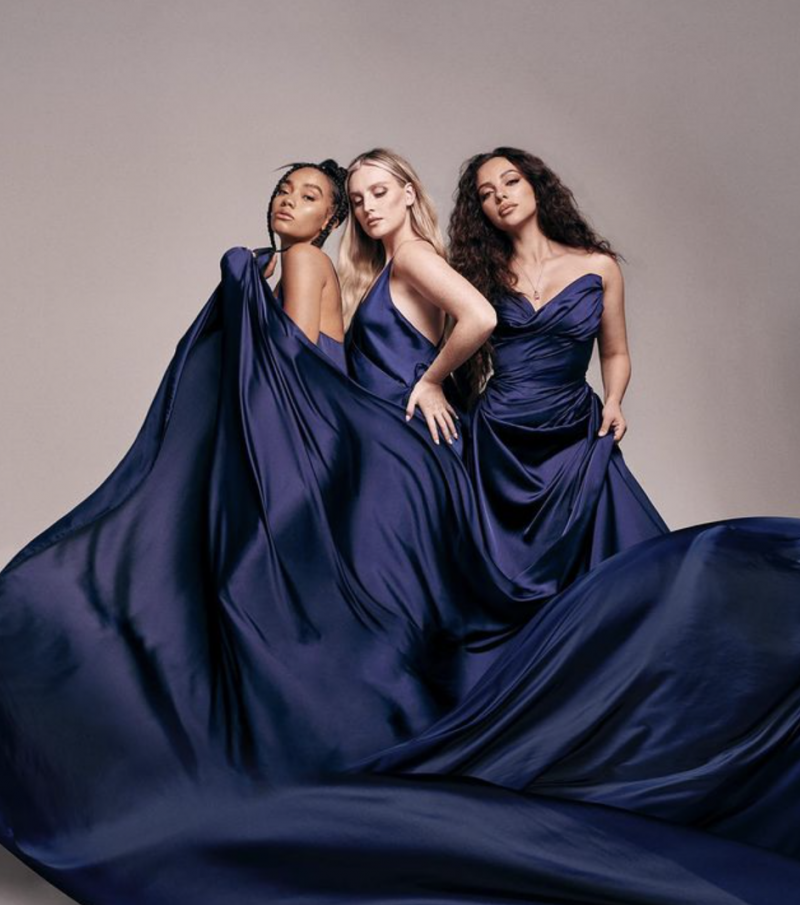