Playing the national anthem at sporting events provides an opportunity for athletes and audience members to celebrate the freedom of their country and honor those who sacrificed for it. However, as early as 1986, famous athletes have chosen to protest in the sports arena during the national anthem. The conventional pose during the song is to stand facing the flag and place the right hand over the heart, while forms of peaceful protest include raising a fist or kneeling in spot. Reasons supporting these protests generally involve a need to bring attention to injustice or other inequalities in the world. Political protesting during sporting events is generally right because it promotes selflessness; however, the context by which it is done significantly affects the morality of the act.

Using personal fame to speak out for others, especially those who do not have the same influence in society, is morally right and selfless. During the latest political protest in 2016, famous San Francisco 49ers quarterback Colin Kaepernick kneeled during the national anthem to express his disapproval of wrongdoings against African Americans and minorities. His decision to protest during the sporting event instantly spread over social media to a vast American audience, informing citizens of the injustice for minorities in the United States. Kaepernick’s intentions are morally correct because he spreads awareness for those minority groups he fights for. Peaceful protest also demonstrates a selfless character of the initiator. In 1969, African American track runners Tommie Smith and John Carlos raised their fists on their medal stands during the national anthem to protest inequalities between the whites and blacks at the time. Following the event, they were suspended from the national team and became subject to verbal abuse by the majority of society. Although their decision to protest was not appreciated by many people, their selfless sacrifice introduced an important ideal for famous athletes: that fame itself means nothing if not used for good. As demonstrated by numerous athletes in the past, political protesting during sporting events exemplify moral and selflessness as athletes use their own fame to promote positive changes in society.

But here comes the catch: although the intent of political protesting is righteous, the situation of the protest truly decides if the act is justified. Although a popular practice, protesting specifically during the national anthem should not be acceptable. Following the conventional poses for the national anthem at a sporting event is a sign of respect for those who sacrificed for the formation of this country and the country itself. It should be a time of unity and pride, rather than difference and dissatisfaction. Imagine an atheist using certain hand signals or other behavior to protest human rights during a Christian prayer. In this case, they are obviously disrupting others in the Christian practice. Similarly, a political activist has rights to peacefully protest, but doing so in a way that disrupts others from honoring “The Star-Spangled Banner” should not be justified. As much as a protestor is discontent with the situation they live in, they have no reason to disturb others from honoring their own practices. Athletes should never take advantage of the glory of the nation’s pride to convey their purpose of protest.

People claim that politics have no role in sports, and that they should remain in completely separate spheres of life. Indeed, sports and politics are different disciplines on a textbook interpretation. However, an athlete is a human being before he is an athlete, just as we all are human beings before any other identity we may associate ourselves with. As sports commentator Howard Costello states, an athlete says he “will use his prominence earned within the arena to better his plight outside of it.” In other words, people should continually honor their identity as humans no matter which discipline they take part of, because at the most basic level, everyone is human and we all deserve the same rights. For an athlete, these rights should remain the same anywhere, whether in daily life or in the arena.

As long as protests do not disrespect another party, they are morally right and display selflessness to create positive impacts in the community. Now, political protests are often reported on the news. Instead of responding passively to courageous protests by others, we should actively improve the state of our society. As responsible citizens, we need to start making small changes in our own community to take larger steps toward total equality.

Especially today, even more disturbing than the global virus spread itself is the response Despite humanity itself being threatened, Americans continue to treat others with prejudice. As people in a country created for freedom and opportunity, we need to unite for real change. While the Black Lives Matter movement is effectively in advocating change and spreading awareness, each one of us is ultimately accountable for our own actions. We have a task at hand to alter our mindset from hatred and prejudice to unity and equality, so America can truly come together and return to the nation our Founding Fathers worked so hard to achieve. 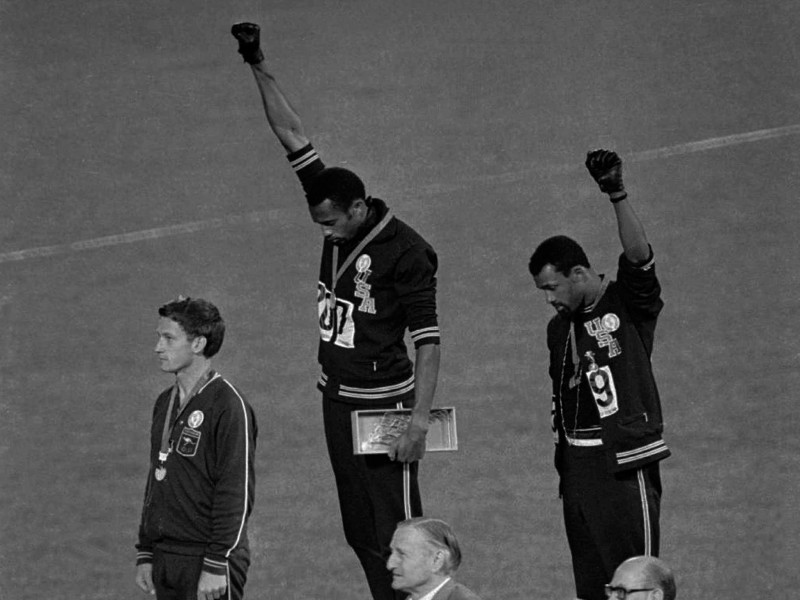