One young teenage girl named Ellie walked to her room, and she had pills with her. Her mom did not know that Ellie had the pills with her. When Ellie was about to commit suicide she said “I’m sorry mom and dad, but I’m a hated loser!” She took about fifteen pills, but she did not overdose she just blacked out. Ellie woke up and walked downstairs. Her mom asked “What was that noise?” Ellie did not reply. Ellie tried to commit suicide, and teenage suicide is killing the family whose child committed suicide.

Teen suicide hurts that family. The first reason is that when they commit suicide they do it “Because they traumatized by a major disappointment or a sense of frailer, or feel heartbroken over a brake up.” says Jim Wellborn. Seventeen year old Alexis Pilkington seemed to be a girl who had it all. She was pretty, popular, considerate, kind, and funny. Pilkington never made it to college. On March 21, 2010, she went into her bedroom and killed herself. Her mother says “She was always looking forward, having fun.” Alexis suffered from severe depression. Her mother did not even know about.

Another reason why teen suicide is sad is because teens do substance abuse, and that means they abuse drugs and alcohol. According to that substance abuse mental health services administration; evidence strongly supports the premise that abuse of alcohol and drugs is second only to mental disorders, such as depression as a suicidal risk factor. We can stop this by reporting more bullying incidents and self harm so they will not kill themselves. When you see someone you know or do not know doing weed, get help right away! Even thought you might feel guilty, you will feel great that you helped someone.

Another reason why we should stop teen suicide is because people who do the bullying will keep doing the bullying! We should stop the praetor from attacking the innocent people like teens, kids, and even adults! We should not just stand there seeing someone getting bullied to death! Step in and stop this madness.

The finally reason we should stop this madness is because it is tearing the family apart. The family hates it when something terrible happens especially when their kids die or commit suicide. Wellborn says “That kids kill themselves because they might be suffering from depression.” Why bully kids who are different to the point were there dead!

In conclusion I think that teen suicide is sad because it is hurting the family and I am hurting mine! I encourage you to take action, and stop this madness from happening! I also think that we should stop the kids from doing all the terrible things to themselves like cutting, alcohol, and drugs. Let us take action together so we can stop this from happening. 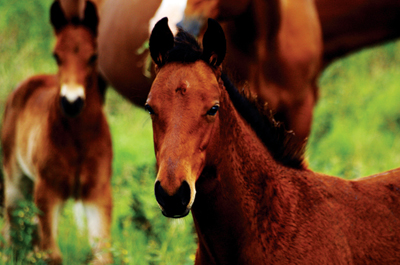 hey daniel its sarah thank you for the comment

Favorite Quote:
-There are more things in heaven and earth than are dreamt of in your philosophy. (Shakespeare, Hamlet)

View profile
i like this. even if teenagers are not outright committing suicide, many are doing drugs to get away from a situation. my friend had a drug-related seizure last week and had to go to the hospital and i still cant get her to tell me why she does them! Thank you for writing this. Teenagers need to know that suicide is selfish and that there are other options.
firewithdoves GOLD said...
on May. 6 2012 at 2:06 pm
firewithdoves GOLD, HARTFIELD, Virginia
16 articles 0 photos 16 comments
View profile
For bringing the issue into the light, you are amazing
DanielM. said...
on May. 6 2012 at 9:46 am
Great Job!! i really admired how you took this issue of suciude. Great Job on taking an tough message and expoliting it.