I was in a conversation with a fellow student of mine about religion. She was going on and on and on about how Catholicism was “the right religion”. Then, the moment of truth came and she asked me about my beliefs. I told her that I draw from many religions, Hinduism and Buddhism, in particular. She proceeded to give me a disgusted look and tell me that “I need Jesus”. Instead of telling her she’s stupid and flipping her off, like the average person in school would do, I kept calm and explained to her, my views on different faiths.

“What’s your favorite ice cream flavor?” I asked. She replied with, “Chocolate.” I told her that mine was vanilla. She, again, gave me a disgusted look and told me that chocolate was better. Then, I told her, “Now, substitute the word ‘chocolate’ with ‘Jesus’ and the word ‘vanilla’ with ‘Brahman’.” She didn’t know what I meant, so I expounded on my opinion.

“I’m trying to say that religion, to me, is just a game of opinion and favorites. Technically, all gods have the same story and all faiths preach, or at least try to preach the same message of peace in their own way. My point with the ice cream flavors was that just because we have different opinions, doesn’t mean we can’t both be right. Opinions are neither right nor wrong. Just how we view a certain category. I’m not trying to say you should convert from Catholicism, just think about it and ask yourself if it is truly right for you.”

She didn’t come to school the next day. Or the following day. She came back, claiming those two days were “mental health days”. I thought nothing of it, until she sat down at our lab table. I looked at her shirt and it said “I honor the spirit in you, which is also in me.” I smiled and replied with “Namaste to you, too.” She said she’d been thinking over the last couple days and she admitted that I made a lot of sense. She had been sheltered in terms of religion growing up, and never really learned about other faiths. She is now studying various religions, with a particular interest in Animism. And we are now the best of friends.

We now both have the same views on faith. If two people raised as strict Catholics can see the world like this, everyone should. I’m not saying to adopt different beliefs. Just realize that there are other beliefs out there that are as believable and viable as yours. The way I see it, it doesn’t matter what you put your faith into, it’s just that you have faith. But, atheism works, too, if that’s how you feel. Just don’t calling us believers idiots for having faith. Just accept it. 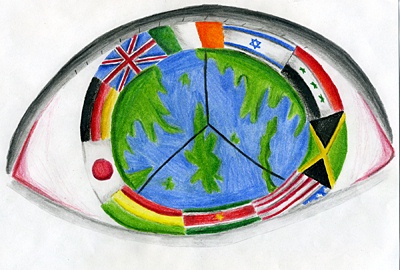 View profile
All religions have truths to them, needless to say, but religion isn't like ice cream. Truth isn't an opinion.

So maybe your friend is wrong. Maybe Catholicism isn't right. That doesn't mean everything is right.