Atheist shouldn’t be looked at as a bad people. Atheists have had a bad reputation for years. They are mainly judge and hated by Christians. The whole idea of being Christian is not to judge others, but yet another rule written in the Bible is ignored. In the Bible it says,” Do not judge by appearances, but judge with right judgment.”(Judges 7:24).

Yet like another rule, Christians look past it. For example Christians are not allowed to cures or call others names, but yet they ignore it and look past it. Christian religion is a religion based of being good. One of Jesus intentions was to stop judging. Bible “Let you who is without sin cast the first stone" is in there meaning that we all are sinners so do not judge. Christians think because atheists do not believe in God that they are bad. In fact there are good atheists who haven’t done evil their whole life. For example Thomas Edison was atheist and was a good man who helped charities and had many inventions.

Atheists are judged and disliked by Christians because of what they believe in, a good bit of them think that people who don’t worship their GOD is bad. There are people who worship God that are bad to, like Ronald Reagan, yes the president. He was a Christian and did sinned a good bit. He stole money from the Social Security trust fund, and also cut funding for all AIDS research. I also know there are going to be Christians reading this who say, “I don’t do bad, and I don’t judge!” and that could be true. There are some Christians who follow the Bible and do what their religion is aimed for.

Atheists don’t believe in any God or Gods so there for they are considered bad, now put this into a situation in life. Just like in America how atheists are not the majority, so they are considered to be weird and judged. Also there are some atheists that are bad and dislike or hate Christians but atheist should not be judged immediately as a bad person. Atheist shouldn’t be judged and look at as bad people by the rest of the world because they are a minority. 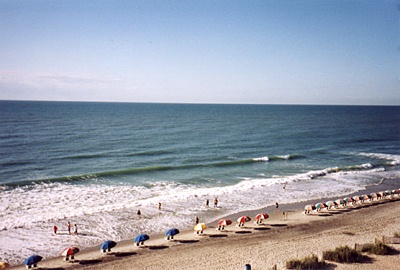 Favorite Quote:
Some say the world will end in fire,
Some say in ice.
From what I've tasted of desire
I hold with those who favor fire.
But if it had to perish twice,
I think I know enough of hate
To say that for destruction ice
Is also great
And would suffice.
-RF

View profile
True! Atheists shouldn't be seen as bad people. Anyone who is mean to an atheist for being an atheist is wrong. However, remember that Jesus not only said, "Stop judging and you will not be judged," but also, "Go, baptize all people," and, "If your brother sins against you, go tell him his fault between you and him alone." Christians have a duty to lovingly share the Gospel with all people. Do we always do it? No. Very recently I left a comment on an article which I wish I could rewrite to be more charitable. But just be aware that not all Christians hate atheists - indeed, Christians are commanded to love atheists as human brothers and sisters. Please, don't make the generalization that all Christian opposition to atheism is geared by hate - that would be being judgmental yourself. True Christians will share the Gospel with you because they love you, not because they hate you. :) While I'm on the subject, I might as well practice what I preach...:) God loves you! He's there! He's just waiting for you to turn to him and fling yourself into his fatherly love! God bless you, AndreB, and I'll pray for you. :)