There once was a tale, writ not too long ago,
Of a girl, young Clemency, that merciful rose.
Whose cottage, the home of slipper-linens she donned,
Lay behind Ariel, a silvery pond.
Through fields she would frolic, shirking her duties,
In posies and fuchsias, betwixt the world’s beauties!
Amidst lofty wheat grains and flowering stalks,
With Chanson and Esquisse, two playmates, she’d walk.

How picaresque bucolic life certainly seemed!
How idyllic her delightfully languorous dream!
How cushy and gentle, how tiresomely banal
Perfunctory life, but fool was she deemed.
For Chanson, that lovely melodious tune,
And Esquisse, wherewithal her dark dreams could bloom.
Were but small joys in eternal universe,
So she bitterly brooded, alone in self-curse.

‘Til under effect of affected butterfly,
She whistled through town, wishing cake balls to buy.
(Don’t let out a tear, in repulsive fear,
She could not help but prefer moistness to pie!)
When Chanson and Esquisse got caught in a stir,
And innocent Clemency fell to a daze!
And when she looked up, with those doe eyes of hers,
Met, twinkling, but faintly, acute verdant gaze.

But who was this boy whose Mots had divide
Her budding universe, wrenching the tides?
But why sweeps the ground, off her feet he helps
Her fried, homoerotic, Spanish yelps?

She walks in clothing, like the rest
To see which asset flaunts her best.

Impeccable spelling and correct use of grammar,
Physique lithe and supple, from David it drew.
His rosy lips, lilting with toothsome enamour,
Lent sunshine beams envy with the warm, sprightly view.
And honey-kissed locks, which tempt fingers for wand’ring,
Framed a summer-drenched forest trapped in his eyes!
Besotting allurement, then quizzical pond’ring,
A decision (needs revision) that his mind must be wise.

But who would have guessed

She writes this line, presently, immersed in a date
That marks Wilson’s number, claimed adoring fate!

Dousing herself in malodorous deflow’ring,
Ignoring the comments, reflections, and reason,
Forewent something dreadful: an urgent show’ring
For a day, or two...or four, or nine...depending on the season.


A clump of matted hair,

the stench of foul air.

But he did not quell his enduring affection,
Showing for her incomparable predilection!
Reciprocated, no doubt, in form of obsession,
For her strength was profession, not subtle discretion.

Washing himself with a masculine scent,
That bred of the other, the other beloved.
Down gray gated paths, to darling he went!
Filled sonnets with lilies and Dedalus love.

Some colours float in air,

a rainbow far too fair.

But she did not quell that ardent emotion,
Showing for him sentimental devotion!
Reciprocated, no doubt, in form of aggression,
For the other’s expression implied a digression.

Reflections, reflections, these terrified faces
In windows and mirrors and innocent thought
Remind them of dreamy, sweet, far away places
Where pleasantness rises from visages caught.
But though they are fetching within any crowd,
Contrasting features betray all that’s allowed--
The social recluse with the corpulent b****
I won’t explain, dear reader, which one is which.

A black fuzzied barrier parts moistening palms
As they held, fingers meld, gently warmed by the blood
That coursed with a force pulsing arrthymatically
During murmurous nights, whisp'ring “Honey” and “Bud.”

But a name can’t be pet

but don’t turn too upset.

Though this tale, sadly, has come to a close,
Forget not this story of mulierose!
Through years you will live writing prose fashioned art,
But the world you will give thoughtful minds, bleeding hearts
For through your mots does darkly dormant desire
Be spurred, with your words!, increased wider and higher
Than e’er could be thought, so hopeless dreams will be naught
My dear lovely love, you have me inspired.

I hope this rhyme wasn’t too simple for you,
A few rows of blankness, bird’s words peeling blue. 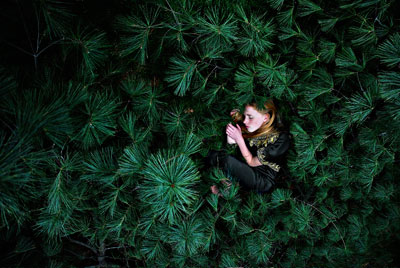 The author's comments:
This is currently being written for my significant other as his Christmas present and will be accompanied by watercolor pictures in a makeshift book...as soon as I get around to it.

There are lots of inside jokes between him and me in this poem, so apologies for any confusion it might cause.

This is the first time I've written poetry, EVER, so please comment and critique!!