I Want to be a Kid MAG

I want to be a kid again
to go back to a time when
all that made me happy was sunshine
and candy.
When your new best friend was
the other kid in the sandbox,
and the ring of the ice cream truck made
my heart race;
when a stick of chalk on the asphalt was
just enough.

I want to play pretend
to have a tree house in the backyard and
make it my castle, and be the sovereign until
the sun went down.
I want to be anything I could ever imagine
a secret emissary with a hidden agenda,
stealthy and sly as I army-crawl my way
through a trail of trees in the woods,
hell bent
on completing my mission;
or the empress of a chlorinated, under-sea world that
existed at the bottom of the pool.

Things used to be so easy, so simple.
Lemonade stands were the only surefire
way to
bring in the serious cash, and having
the exotic
animal crackers was what made you cool.
No drinks were diet and no snacks were sugar-free,
and nobody cared what you looked like as long as
you were having fun.

I want to remain young
to linger in naivety and loiter in
immaturity. I want to share the
sandbox with
whomever I want, and not be judged
on whom I appear to be, but who I am
underneath.
I want to be able to scream at the top of
my lungs
and play pretend; I don't want to hide
who I am
for fear of not being accepted.
I don't want to live in the grown-up world,
because to live in that kind of judgmental,
ignorant, condemnatory world means that
I've simply stopped living. 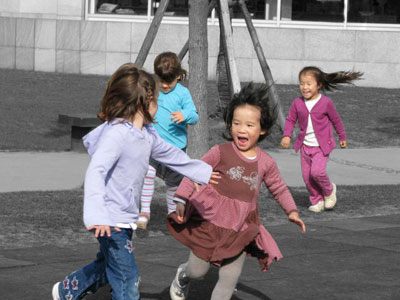 Favorite Quote:
"Never Give Up On Something That You Can't Go A Day Without Thinking About" and "Everything is okay in the end. If it's not okay, it's not the end"

View profile
Beautiful!!!!!!!!! and exactly how i feel. I love the message and the passion behind that message.
Labradorian PLATINUM said...
on Jan. 16 2012 at 9:01 am
Labradorian PLATINUM, Chicago, Illinois
34 articles 0 photos 52 comments
View profile
That was beautiful! I especially loved the lines "I want to linger in naivety and loiter in immaturity" Your word choice and flow was impeccable as well. Congrats for making the magazine, you deserved it!