Favorite Quote:
In the end will will not remember the words of our enemies, but the silence of our friends.
Martin Luther King Jr.

My dream entails faeries fluttering about like gentle feathers,
Where mermaids whisper promises from the sea.
Where all animals can converse,
And I have an undo button for mistakes.
Where I am a pro sewer and babysitter,
That thinks before she speaks.
My dream entails families that stay together forever,
And never float apart.
My dream entails friends,
Who are tolerant and understanding,
That are always there for each other.
My dream entails a community that does not bully each other,
But embraces them instead.
Where honesty is the best policy,
And is used freely in place of lies.
My dream entails a world where people respect each other,
And villains repent what they have done.
Where everyone sees their full potential,
And strives to become a better person.
Where there is peace,
In place of perturbing war.
Where money does not suffocate people in everyday life.
Where fear is not a ghost
That constantly haunts people.
Where people no longer writhe in pain
Or drown in sorrow.
A world where there are no terror threats
That plague us.
Where cancer is as simple to cure
As the trivial cold.
Where people do not insinuate their wants
And make a fuss if they do not get them.
A world that is open-minded and
And as beautiful as the setting on the ocean’s horizon,
But more. 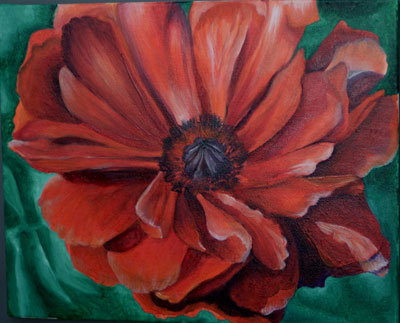 The author's comments:
Martin Luther King Jr. dreamed about his world. What is stopping you from dreaming about yours?
Post a comment
Submit your own