Favorite Quote:
"Always remain positive, if it doesn't make you feel better, it will annoy enough people to be worth the effort"

Isn’t it funny how there are billions of people in the world,
But you only care about a few?
That many people tell you you’re pretty and smart,
But you only care about the ones that affect you?
Isn’t it unfair how that girl gets everything she has ever wanted?
And you’re stuck being you?
And since only ordinary everyday things got you feeling blue,
No one cares but you?

Well, people are stupid.
That’s really the best explanation.
And the angel Cupid?
Pretty sure we’ve all wished him to damnation.

You aren’t perfect because you’re bigger than a size 0,
You aren’t cool because you forgot you’re makeup.
You’re ugly because that’s what everyone except a few has labeled you.
Let’s quit lying to ourselves, after all, we’re defined by those other than ourselves. 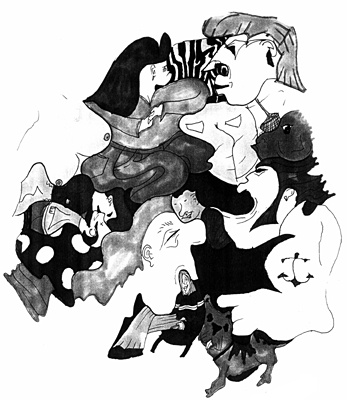