The Underlying Hero of The Crucible: John Proctor | Teen Ink

The Underlying Hero of The Crucible: John Proctor

It is common to depict a hero as synonymous with perfection, idealized without a single thought into what makes them such, but many of the heroes are flawed as demonstrated by The Crucible. As the harrowing pandemonium defined the play, many usurped their position of being pure and standing firm in their beliefs to gain a position of power. They throw others into the gallows without a single thought as a twisted form of vengeance, and an act to gain respect from the community for finding the Devil. But despite this, John Proctor did not give in and stood alone in court to say that witchcraft wasn't real. He wasn't a perfect hero, with a fatal flaw of lechery, but he was in the end the hero to the Salem witch trials of The Crucible by sacrificing himself, refusing to lie to the court, and attempting to rectify things.

Throughout the play, there were many examples of John Proctor sacrificing himself, despite knowing it would harm his reputation and relationships. His sacrifices were instrumental to the trials as it would stop them, as the citizens of Salem realized something was wrong if a powerful figure was willing to die to stop something. For example, Proctor lets himself get hanged in the gallows, alongside Corey and Nurse. Although not stated, the text implied so, as his sacrifice would spark a revolution. Not only that, Proctor confessed to being a lecher to save other people's lives, knowing that would tarnish his reputation. Sleeping with other people outside the parties' relationship was frowned upon, but he admitted to it as it would make a mark around Abigail Williams and lessen her accusations as she interfered with someone's relationship. Despite that, this was not the only thing Proctor did that would label him as a hero.

While many characters did not even attempt to rectify the mistakes they made, John Proctor tried. He knew what he did was wrong, and if he was going to die, he should at least make the world a better place for those in it. This makes him a hero, and is demonstrated when he refused to touch Abigail Williams again after the saying saying "Abby, I may think of you softly from time to time. But I will cut off my hand before I'll ever reach for you again." He is saying that some days he wishes to continue what they had but acknowledges it is wrong, especially since he is husband to Elizabeth. Another instance is when he attempts to fix his and Elizabeth's falling relationship. Relating to the previous affair, he feels guilty, and so he does everything to fix their relationship. He says he'll buy George Jacob's heifer to please her and reprimands Abigail after she calls Elizabeth a "sickly wife". It won't fix her heartache - he knows that - but he is at least trying. Albeit, this isn't the only part where he does things that would label him as a hero, and there are many other examples.

The text depicts John Proctor as a hero by him repeatedly refusing to lie, as it would go against his beliefs. The Salem witch trials began in the first place because people were ready to lie, they wanted a position of power with acres of land. Proctor may have well done that - his name was white so they would believe him, but he never did. A specific example of this is when Judge Danforth is forcing him to sign a document stating that he was a witch, even if he knew he was not. When asked if he would, he responds, "Beguile me not! I blacken all of them when this is nailed to the church the very day they hang for silence!" As a whole, this is important to the plot - if he admitted he was a witch, he would get out of hanging, but it would stop what would be a revolution. Yet, he refuses, knowing it would sentence his friends, and everyone else that would get accused further on. Furthermore, he also directly states witchcraft isn't real to the court. Abigail told him so - that she was lying - and so he goes to Salem and testifies against witchcraft, that there wasn't any Devil in the town. This was despite everyone saying it was indeed real, and he stood alone in court pleading.

It is important to know who the unfortunate hero in the play The Crucible is - John Proctor - because it shows an important lesson. Although it wouldn't be initially important from a first glance, it shows how anyone can be a hero. He agreed to get his life taken, knowing this would tarnish his reputation. He also tries to sort out his mistakes, and refuses to lie when doing so, even if it would get him out of trouble. Thus, he wasn't perfect at all, but he ended the Salem witch trials in The Crucible by realizing his wrongs and doing everything in his power to help future generations. 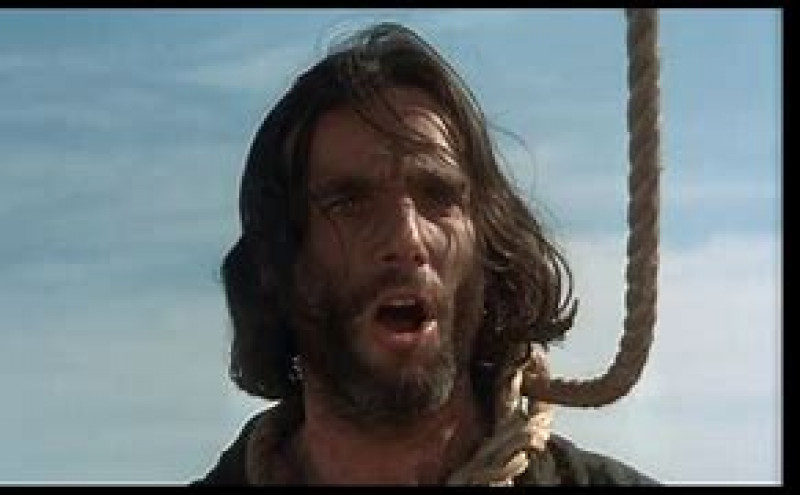