Dostoevsky is a great philosopher and Novelist. His novel “ Crime and Punishment” ponders upon the innermost conflict of human beings. Dostoevsky himself claimed, “Man is sometimes extraordinarily passionately in love with suffering”. Dostoevsky travelled through human mind and revealed its deepest intricacies to us. Raskolnikov is a 23 years old handsome and intelligent student but he is poverty stricken. The money his family sends him is not enough.he loses his scholarship, thus discontinues his studies. In this agony he kills a mean old woman with whom he pawns items like rings etc and her sister also as she bears witness to the heinous crime committed by him.
Since then Raskolnikov starts losing his mind. he feels delirious and morally deprived. So this whole novel is about events and people which lead him to confessing his crime.

Raskolnikov, from the beginning, compares himself to Napoleon. He writes an article about how the extraordinary men can step beyond the limits set by the law, because this will create revolution and changes society for the good. With this ideology, he brutally slays the old woman with an axe. But the suffering he has to face afterward becomes greater and fills him up with guilt. Raskolnikov escapes authorities, Society, but he fails to escape himself, his conscience. Dostoyevsky dealt with this inmost battle powerfully. The ways in which he described it, Especially the scene of the murder, I really wondered whether Dostoyevsky took part in something like this.

One more thing that I noticed is how Raskolnikov feels alienated from his potential. The old pawn broker pays people half of the actual cost of their belonging, collects monthly interest and tells that if they don’t pay properly she can take their things. This bothers Raskolnikov as to why that old pawn broker has a lot of wealth and his own life is wretched and miserable. Raskolnikov’s alienation reminds Marxist theory of alienation.

Raskolnikov was also utilitarian in his approach. He thought that murdering a bad person would maximize the happiness of the people. but he did not consider even for a moment about individual rights.

Christianity and the role of God has been strongly emphasized in this novel. Even in Alyona Ivanova`s apartment there is a picture of a Christian figure. This represents that God is watching everything you do, and Sonya Marmeladov, one of the main and the first person to whom Raskolnikov discloses his offence reads him the story of lazarus. This indicates that, like in the story of Lazarus, where he is brought to life by Jesus,God can also resurrect Raskolnikov from his deathly sickness.

This is indicative of the fact that we cannot escape god`s thunderous realms. Sonya is a strong character with Morality, wisdom, thoughtfulness and forgiveness. Though she was a friend of Raskolnikov’s victim Lizaveta Ivanovna, she still forgives him, as she knows what it feels like to sin. She believes that through repentance we can attain redemption . Raskolnikov’s friend,Razumihikin is a symbol of optimism. He is also a former law student and his conditions are also somewhat similar to Raskolnikov but he hopes for the good. He also takes care of Raskolnikov in his desperate conditions.

Dunya, Raskolnikov’s ’s sister is stark contrast of him. Though she gets the opportunity of killing her former abusive employer who treats her miserably,she is compassionate.Dunya is educated and is willing to do anything for her family.

But this does not mean that Raskolnikov is bad. Dostoyevsky builds a kind of dual personality for Raskolnikov. At first Raskolnikov is portrayed as a cold blooded murderer. As the novel progresses we see him as a kind man who gives all his money to Sonya when her father dies. Dostoevsky established the idea through his novel that people don`t just commit crimes because of mental delirium, they may do it because of societal factors like poverty, lack of opportunities and ingrained inequalities also.

We all feel a connection to Raskolnikov. we might never do something grave like Raskolnikov. But we are not human beings if we haven`t laid smallest steps beyond limits of this civilized society. This novel enriched me in many ways and gave me a new insight into crime,punishment and society.
Alexandria Minakshi. 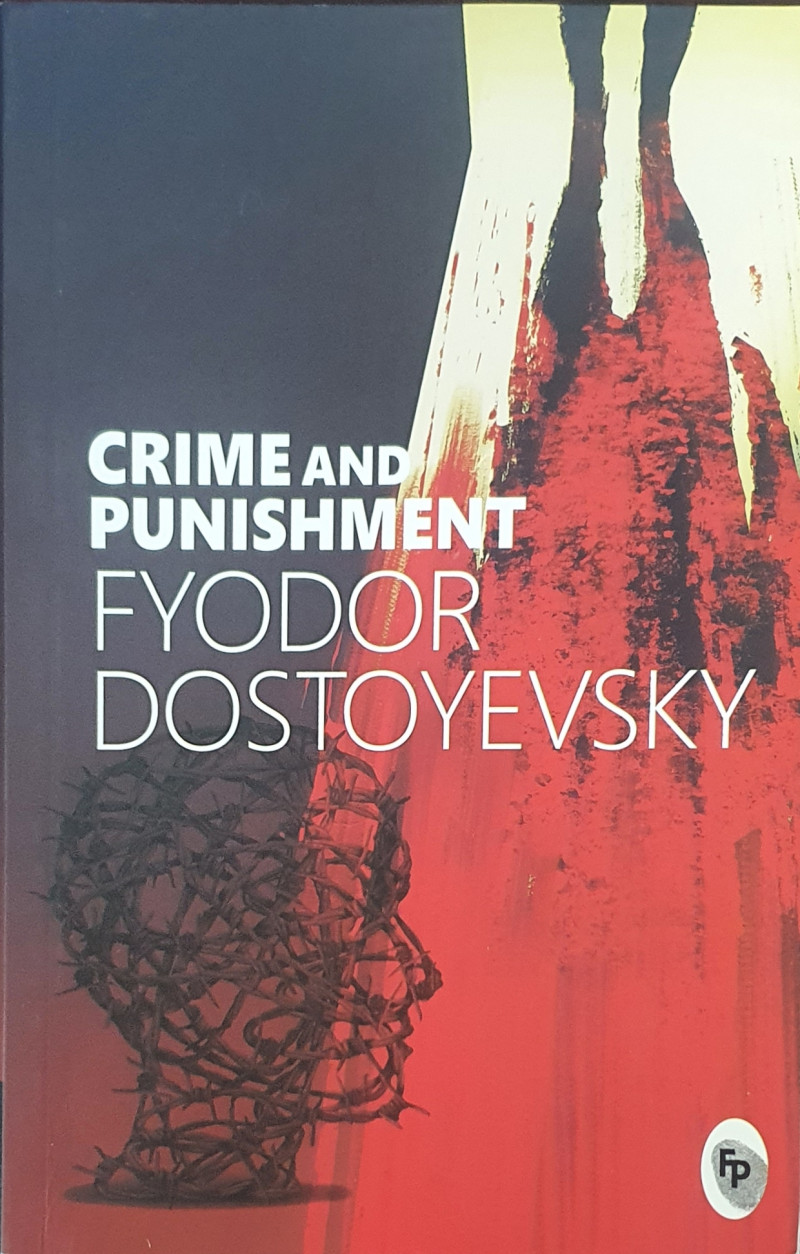 This novel enriched me in many ways and gave me a new insight into crime,punishment and society.