The impact that Minor Feelings: An Asian American Reckoning (2020) has had on me is synonymous with taking a towel and wiping off the vapor that has fogged up a window in my consciousness. Through Korean-American author and professor Cathy Park Hong, I can see clearer, think deeper, and feel stronger. I have only begun to understand aspects of my unique Asian experience.

“The racialized range of emotions that are negative, dysphoric, and therefore untelegenic, built from the sediments of everyday racial experience and the irritant of having one’s perception of reality constantly questioned or dismissed.”

The term “minor feelings” is intense, bewildering to some, but unfortunately intimate to individuals who look like Hong and me. Without understating the nearly inexplicable nature of such emotions, Hong gives readers a glimpse into what being labeled tame, docile (plus many other harmful stereotypes), and subject to gaslighting feels like. Perhaps it is the shared experience of these minor feelings that made me resonate tremendously with Hong’s autobiography.

Coming from a predominantly Asian middle school, the topic of race was not recognized and did not seem necessary to talk about. After moving to the United States for boarding school and looking at the statistic that read “15.7% Asian,” I realized that I was part of the minority in a White community. As the only student in a different time zone logging on to my remote English class, I suddenly became aware of my internationality. Taking on this new identity aroused an unprecedented sense of worth; I enjoyed being the only student from abroad, as that somehow indicated that I was special. Unknowingly, I was repelled by the sight of another Asian last name on my class list, thinking that they were a source of competition. Hong writes, “When there are two Asians, instead of uniting, one may try to take the other out so that the meager power meted out to minorities will not be shared; so that one will not be mistaken as like the other.” Until she described a similar sentiment, I felt alone in this self-centered thought. I fell into a negative cycle, thinking that being in an academic setting with someone who looks remotely like me would decrease my voice and character exponentially. Looking back, I wish I could have given myself a slap on the head, a wake-up call, and asked myself: Why did I see the Asians, people who I was supposed to stand next to in solidarity, as threats?

Two recounts of social injustices in the Asian American community stuck with me as I finished Minor Feelings. These cruel and enraging events left a mark because Dr. David Dao and Theresa Hak Kyung Cha were treated as less than human. These events, rising from learned prejudice, represent the fact that although our community can live in freedom, we cannot be free from race-related violence. I felt a pit in my stomach after hearing - and later watching when searching up the incident online - about the measures that the airport officers took to drag Dao from his paid-for seat to make room for the deadheading crew. I cannot remove the image of Cha’s last moments alive from my head, the betrayal and fear in her eyes as she realized the true identity behind the security guard whom she trusted with her safety. I cannot remove and do not ever want to forget how poorly Cha’s death was handled on the news. Hong asserts that reporters failed to acknowledge the fact she was sexually assaulted because, “Murder has been desensitized to a crime statistic, but combine it with the word rape and it forces you to confront her body.” The stigma that surrounds gender-based violence is the leading reason why, out of the many rape cases that go unreported, Asians constitute the largest portion of the statistic. One common strand that stands out in Dao and Cha’s stories is the perpetrators behind the crimes. If security officers, the people meant to administer protection, turned out to be the ones hurting the innocent, how can we ever feel safe?

Growing up in Asia, I was blessed to have been isolated from a lot of trauma experienced by Asian Americans who have been forced to mature in a realistic yet heartbreaking way. Unlike the simple, carefree lifestyles described in American high school movies, where the main character sets off in a “life-changing” journey of self-discovery, these children know from early on that despite being born under the same circumstance, their starting lines lie miles behind. Hong points out, “One characteristic of racism is that children are treated like adults and adults are treated like children.” While one group is expected to carry the emotional burden of a grown individual, the other is consistently talked down to and mocked for their demeanor. The irony of this statement is glaring. Therefore, Hong leaves no sympathy for white people who break down at the sight of their Asian friends being verbally or physically abused on the streets instead of standing up, claiming that merely being a witness has left a scar on their mental health. Imagine the level of ignorance and fragility to be scared of racial attacks that are not, and never will be, directed towards you. Hong asserts, “Innocence is both a privilege and a cognitive handicap, a sheltered unknowingness that, once protracted into adulthood, hardens into entitlement.” Despite everything, white guilt can be turned into something helpful like genuine allyship and advocacy, starting, perhaps, from highlighting the truth of the BIPOC community living in the United States through film & TV.

Being the child of immigrants, Hong used her “ineloquence, bilingualism, [and] childhood struggles with English [to fuse her] own collection of lexemes that came closest to [her] conflicted consciousness.”As she specializes in mixed language poetry, a style derived from bilingualism, Hong communicates her unique Asian experience through her literature and art. I have tremendous respect for her, both as a writer and a person. Hong’s passion has inspired me to speak my truth through writing, to deter from the “single story,” as the current understanding of the Asian American narrative perpetuates a dangerous cycle of stereotyping and xenophobia. Hong’s words have urged me to educate myself and engage in constructive conversations about race. Knowing the hardships we had and have to endure, the Asian community must stand alongside each other in full support. 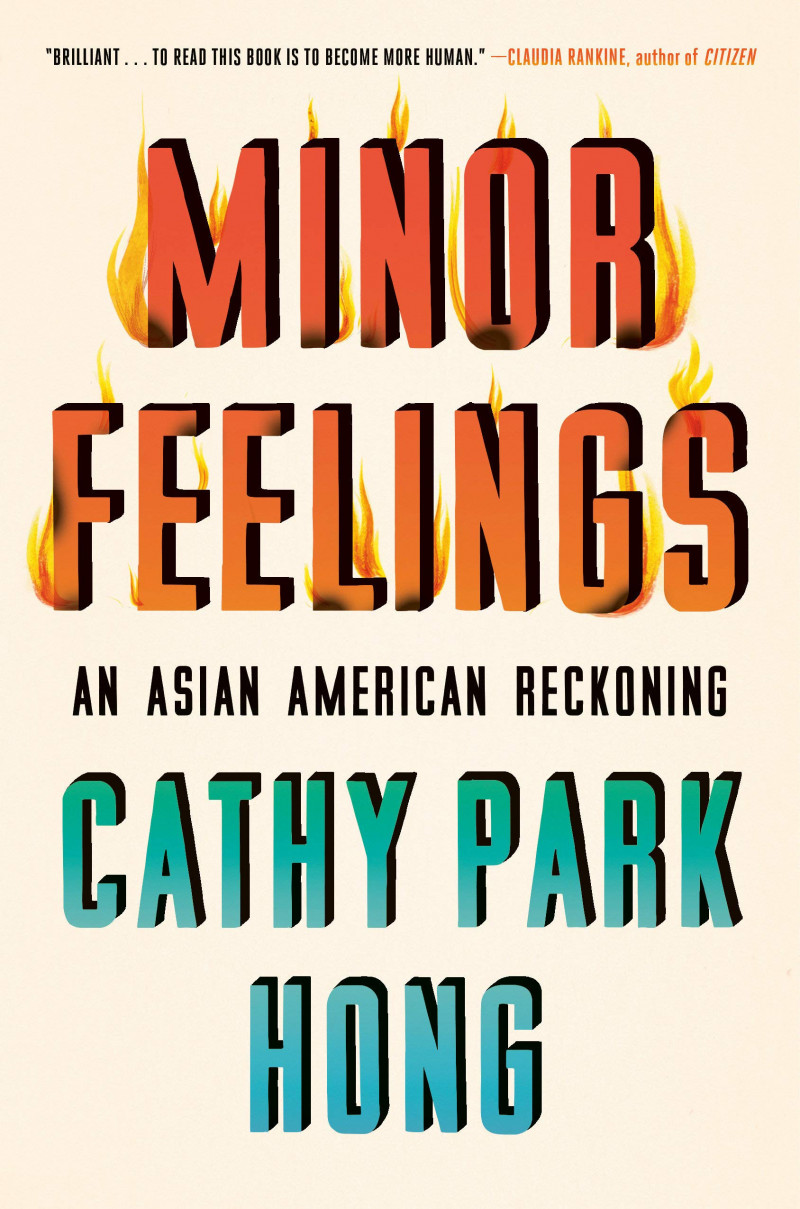