Bram stoker's Dracula is one of the best classics ever written and one of the best spooky novels I have read. It gives chills and can snatch one's night sleep. Dracula is written in an epistolatory form in the form of diary entries and letters. The novel begins with Jonathan travelling to Transylvania to do some work for count Dracula. Soon Jonathan understands that there is something strange with Count Dracula and discovers that he is a blood-sucking vampire. Mina Murray, the fiancée of Dracula, is a schoolteacher, her friend Lucy Westenra starts to sleepwalk, suddenly dies uncannily, and the children of the neighbourhood complain about being scared by the Bloofer lady. Is she Dracula's first victim?

Dracula is a life force consuming vampire. He is a man who is proud of his ancestry. He had been excellent in his time, now a bit weak, travels to England to spread the undead curse. He possesses supernatural abilities like he can command animals and turn himself into any animal, especially a bat. He can be gentle sometimes. He saves Jonathan from three vampire sisters. He once says that he too can love.

Van Helsing is the vampire hunter in this story. He finds the correct cause of Lucy's pain. He is a doctor, philosopher, and metaphysician. He is not only capable of treating specific human diseases but also the diseases that humans do not know of. In many different ways, he tries to destroy Dracula and prevent the undead curse from spreading.

Mina Murray is a hard-working woman. She takes care of Jonathan Harker after his traumatic experiences. She remains faithful to him throughout the story. She forms a psychic connection with Dracula and plays a significant role in the destruction of Dracula. She assembles all the diary entries, letters and newspaper clippings related to Dracula in a proper sequence, thus helping all the people involved in this vampire hunt. She is praised a lot by Van Helsing for her bravery.

Lucy Westenra is a beautiful woman and Mina's best friend. Three men, Arthur Holmwood, Quincey Morris, and Dr John Seward, propose to her. She chooses to marry Arthur Holmwood. She sleepwalks and becomes a victim of Dracula. She is sweet but turns into a terrifying monster and, at last, is mutilated and destroyed by Dr Van. John Seward is a psychiatrist and runs his asylum. He is very keen on his patient Renfield, who is under the influence of Dracula.

Jonathan Harker is a young solicitor. He is keen on all the things he sees. He is impressed by Dracula's good manners but soon realises that he is Dracula's prisoner. Dracula abandons him to three vampire sisters. He merely escapes with his life out of Dracula's castle.

Dracula is a great novel and quite different from its time. It introduced vampirism in a unique way to the world. This novel has inspired several successful tv shows, books etc. This book sets apart because Bram Stoker never travelled to Transylvania yet imaginatively described the settings. What is unique about this book is that it was not an immediate literary or financial success for Stoker but has travelled through generations.

The character of Dracula was inspired by Vlad three, the Impaler. Vlad Dracula was a ruthless ruler. He punished people in many different ways. He impaled, burned, boiled people. It is said that he even ate flesh and drank the people's blood. But he is a national hero in Romania. He is in no way thought to be related to vampirism in Romania because it was felt that it ruined the image of a ruler who justly punished the people who committed the crimes. Many rulers might have been much crueller than him, but as Stoker associated him with Dracula, the vampire, he has been more widely known for his cruelty. There would have been vampires in the folklore of Transylvania, but it was not the homeland of vampires before Bram Stoker's Dracula. This connection irritates the people there and makes this book face harsh criticism.

Bram Stoker suffered from an unknown illness when he was a child and started school when he was seven. He studied hard, became a theatre manager, and started writing horror stories. Before starting Dracula, he studied vampire folklore and other vampire horror fiction. It is so heart wrenching that his famous novel did not bring him any literary or financial success in his lifetime. Stokers were so poor that Stoker's widow had to auction the handwritten documents related to Dracula for two pounds.

The belief that vampires exist has been scaring people for centuries. In Jewish texts, a creature called Lilith, Adam's first wife. She leaves Adam to become the queen of demons. She refuses to be Adam's subordinate. She feasts on the blood of babies. In ancient Greek mythology, Lamia, daughter of king Belus, was the secret lover of Zeus. Hera, the wife of Zeus, finds out about the infidelity and kills all the offspring of Lamia. To take revenge, Lamia starts preying on the blood of babies and children. Shtriga is a vampire witch of Albanian folklore who could turn herself into a fly and drain blood. If a dead body did not decompose fast in Greece, it was labelled Vrykolakas. In Romania, it is believed that if a pregnant mother looked black cat in her path or had been looked after by a vampire, her child would also turn into a vampire and Romanian vampires bite the heart or between the eyes but not on the neck.

During cholera epidemics, people were burned alive, suspected to be vampires. In 1892, Mercy Brown, a young girl, was dug out of the grave by her father in Rhode Island. Her heart and liver were burned. The ashes were made into a tonic and fed to her brother Edwin as a cure for vampirism. When people dug up the graves, they found out that the corpses were fatter, blood was oozing from the corners of the mouth, hair and teeth were longer, and the bodies looked fresh many times. As science was not advanced at that time, people believed these long-dead bodies to be vampires. But now, with the advancement, science can explain these observations medically. When people die, some bodily functions still occur. The medical analysis says that when people die, the gas builds up in their stomach and pushes the blood out of the mouth. Deterioration of the body makes hairs and nails look longer. Skin cells are proven to grow sometimes after death; chaffing makes the skin underneath appear and makes the body look fresh. Bloating the body with gases makes it fatter.

J.D. Barker and Dacre Stoker, the great-grandnephew of Bram Stoker, co-authored Dracul based on Bram Stoker's childhood. Many subsequent books were written based upon Dracula. Covenant with the Vampire by Jeanne Kalogridis introduces Dracula's ancestry and family. Renfield by Barbara Hambly explores what happened with Renfield, a famous patient of John Seward. Dracula in love by Karen Essex reveals Mina's side of the story about Dracula. Dracula in London is about Dracula's plan to conquer London. 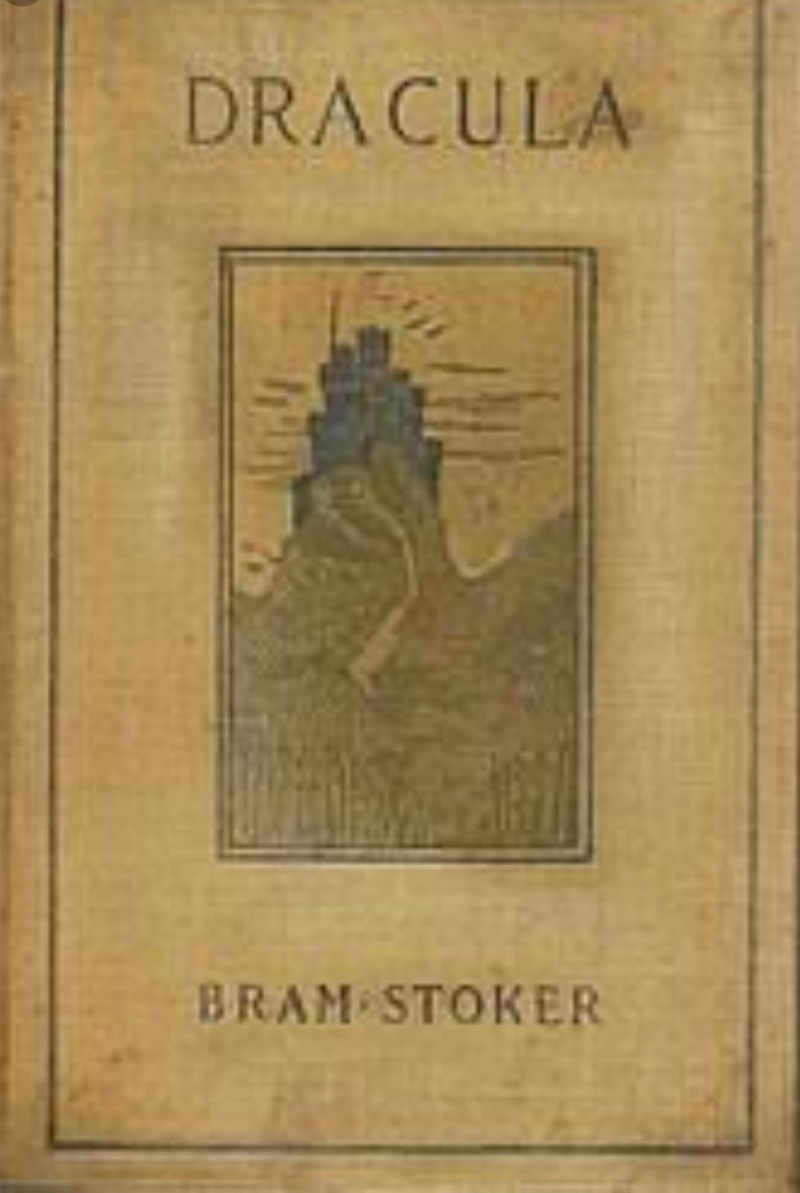