In Imagined Communities, Benedict Anderson analyzed what nationalism entails from a philosophical sense. Thereafter, he inspected the origin and natures of nationalism. Anderson argued that a nation is an imaginary political community, as we cannot know everyone in this community, even in the smallest nation. Yet, the most crucial premise throughout the book, which is, a nation is an imagined community, does not entail the fakeness of a nation. Instead, it could be better interpreted as the unselfconscious and abstract nature of a nation. This is, nations are formed before we even realized it and the inevitable process of nationalism begins thereafter. What holds people together in a modern nation, argued by Anderson, is shared citizenship and the fact that people could interpret the same meaning from their citizenship. With that being said, the study of the origin of the “nation”, a modern concept according to Anderson, becomes the first step to comprehend nationalism.

Two dramatic sociopolitical changes shaped the modern concept of “nation” throughout history, said Anderson. The decay of the sacred world order is the religious movement that contributes to this. The collapse of the sacred language, sacred cosmology, and sacred time signified the very first trend of secularization in the age of Enlightenment. What used to hold people together, religion, and sacred time were gradually replaced by what was called “homogenous empty time”. To be more specific, Anderson mentioned, in the sacred time, the world is oriented and decided by God, and thus, there is no distinction between past, now, and future. The concept of “empty time” does not exist, every split second is filled with events that are arranged by God and will inevitably happen. Secularization, nevertheless, amplifies the importance of “empty time”, the best example will be the strict calendar and precise clock time. Such “empty time” allows individuals far apart to find themselves in the same “time”. Newspaper best utilizes this homogenous of time to shares events with those who did not experience the event yet live in the same “time”. Hence, the vacancy of sacred time could be filled with the shared “empty time” and the homogenous experiences of it. Essentially, instead of attaching to a vernacular entity, God, individuals attach to other individuals via the sense of shared time. Thus, a new means of connection and a sense of attachment were formed.

Alongside the deterioration of sacred order, the legitimacy of monarchy rule was fundamentally diminished. Similar to the decay of sacred time, people tend not to identify themselves with the same monarch anymore, instead, with the same nation. The way people organize within a society altered fundamentally, from vertical, monarch rule citizens, citizens attach to the monarch, to horizontal, a comradeship between individual and individual. According to Anderson, the willingness to die for their nation and the commemoration of those who died are the result of this comradeship. Therefore, the way people connect changed through this process, which is signified by the willingness to sacrifice themselves for the community.

It was the development of technology that enabled such sociopolitical change and the formation of “imagined communities”, argued Anderson. The printing technique enabled the distribution of newspapers, and therefore, reinforced the homogeneousness of time as mentioned before. Moreover, the printing culture has a great impact on language, as it standardized the use of language. The language became a medium of communication within a nation. So, people are more interconnected via a shared language. Additionally, as mentioned before, secularization connects past, now, and future with an “empty time”. It is the standardization of language that made this happen, according to Anderson. As the print culture stabilizes the language in a specific form to limit changes through time.

The secularization, fall of the monarchy, and print culture, concluded by Anderson, are what originated nationalism. Thereafter, Anderson examined the natures and impacts of nationalism upon his observation on the origin. Albeit the book was first published in 1983, many of those still apply and even prophesied the modern development of nationalism.

Anderson attempted to remind readers that the way communities organize drifted considerably throughout history. In the era of the monarch and sacred time, individuals connect with those who immediately surround them through a physical, small community. Yet, with the collapse of the monarch and the invention of automobiles, people’s range of activity and social circle enlarged unprecedently. Since people are less interconnected with those who near them, a sense of community is absent. This vacancy, argued by Anderson, could be replenished by a bigger and imaginary sense of community, which is, the nation. Accordingly, the emptiness of the immediate community is the first impact of nationalism.

Modern social media and the internet help the evolution of nationalism just as Anderson predicted. He deemed nationalism as unstoppable as long as it became a political norm. In the contemporary epoch, especially after the 2000s, the rise of nationalism never stopped and reached an unpresidential peak. As social media and the internet furthered the interconnection between individual and individual horizontally, compares to individuals with the government. This phenomenon accords with Anderson’s theory of horizontal comradeship, and thus facilitates the rise of nationalism in the modern world. Besides, the widespread of information though on the internet made this to a whole new level. Information transmitted through the internet has little or no time-lapse when comparing to print culture and newspapers. Which is the most vivid example of “homogenous empty time”; the feeling of “meanwhile” within a nation facilitated the development of nationalism as well. Thereby, Anderson’s theories regarding the origin and nature of nationalism precisely accord with how contemporary nation develops.

In conclusion, Benedict Anderson inspected the derivation of nationalism in a way that exactly predicted how it develops decades after without knowing the social changes that happened during this time. He pinpointed how and why nationalism arises through the lens of history, philosophy, and politics by defining the modern nation as an imagined community that no individual in it knows everyone yet can be held together via the horizontal comradeship and homogenous empty time. 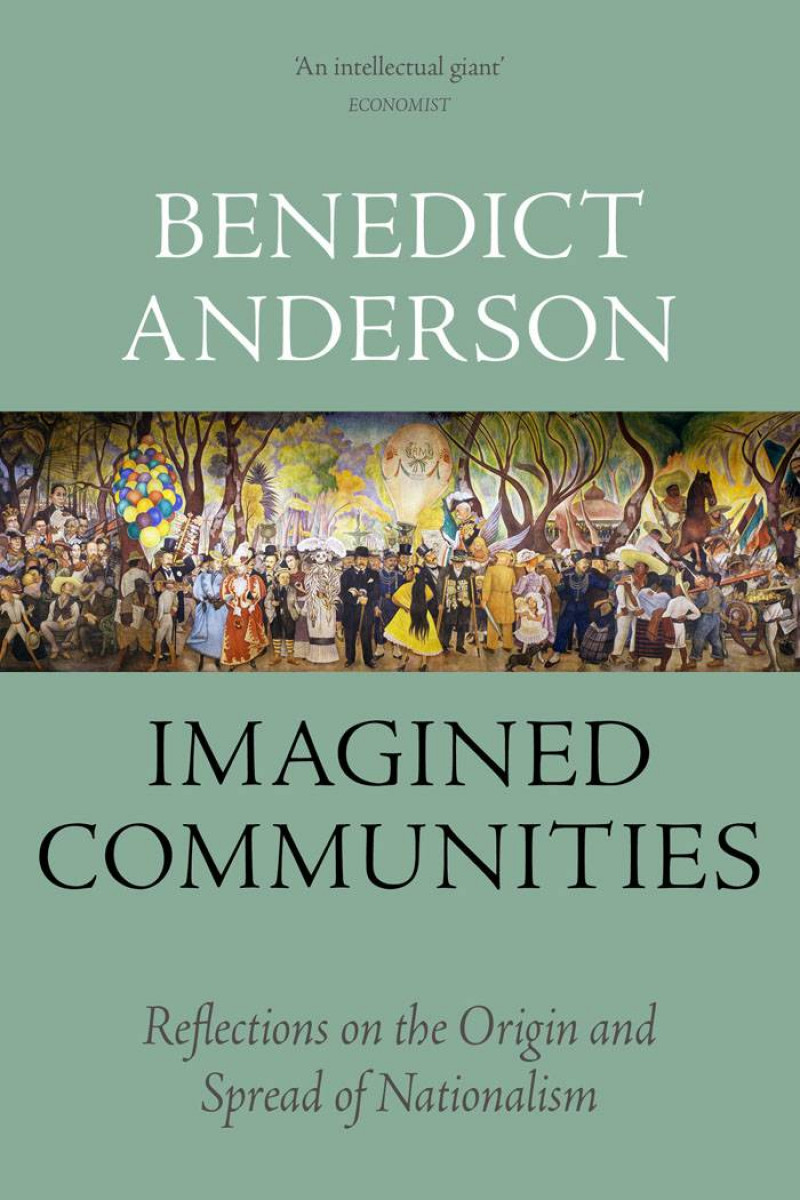