“The Tragic Price for Breaking a Tyrant's Law”: Antigone’s sacrifice of burying her brother in Sophocles’ play | Teen Ink

“The Tragic Price for Breaking a Tyrant's Law”: Antigone’s sacrifice of burying her brother in Sophocles’ play

In the monologue where Antigone furiously protests the tragic price she paid for breaking Creon’s laws, the passage develops the idea that righting unjust laws requires open rebellion and sacrifice as shown through Antigone’s use of diction as she talks.

Before Antigone delivers the monologue, Creon commands his men to leave Antigone alone in the black cave. By addressing Polyneikes, her dead brother, Antigone indicates currently she suffers because “ [she] washed [Polyneikes’] dead bodies, dressed [him] with [her] hands”(Sophocles, 991). Utilizing the diction “with hands”, Sophocles stresses Antigone’s carefulness when handling Polyneikes' dead body, which reflects Antigone’s love for her brother. This also reminds the audience that in the beginning of the play, Antigone openly rebelled against Kreon’s law and honors Polyneikes' corpse.

In addition, Antigone further expands on her reason for burying her brother regardless of breaking Creon’s law: she believes that “a new brother will never bloom for [her]”(Sophocles, 1005) after Polyneikes' death. The use of “never”, an adverb of frequency, shows the impossibility of her brother’s rebirth, alluding to Polyneikes' irreplaceable place in Antigone’s heart. The despairing tone points out the injustice of Creon’s law: prohibiting the burial of Polyneikes is an inhuman punishment for his family members, especially his sister. Straightforwardly, Antigone emphasizes her sacrifice: “that is the law that made [she] die”, and as a result, she is “[Creon’s] captive”(Sophocles, 1007). By using “die” as a hyperbole, Sophocoles shows that Antigone’s sacrifice is torturous and akin to death. The word “captive” suggests her loss of freedom, illustrating that she is under Creon’s control.

Furthermore, Antigone portrays her tragic future as  “grieving, friendless, and alive to a hollow tomb”(Sophocles, 1012). The description of the cave as a “hollow tomb”  allows readers to imagine how Antigone is surrounded by depression and loneliness. Sophocles uses pathos to establish an appeal to emotion, making the audience feel sympathetic towards Antigone’s miserable situation while reinforcing the pain she endures.

In conclusion, using poignant dictions, Antigone explains the reasons why she broke Creon’s law, recalls how she openly buried Polyneikes' body and laments her tragic fate, which demonstrates the idea that righting unjust laws requires open rebellion and sacrifice. 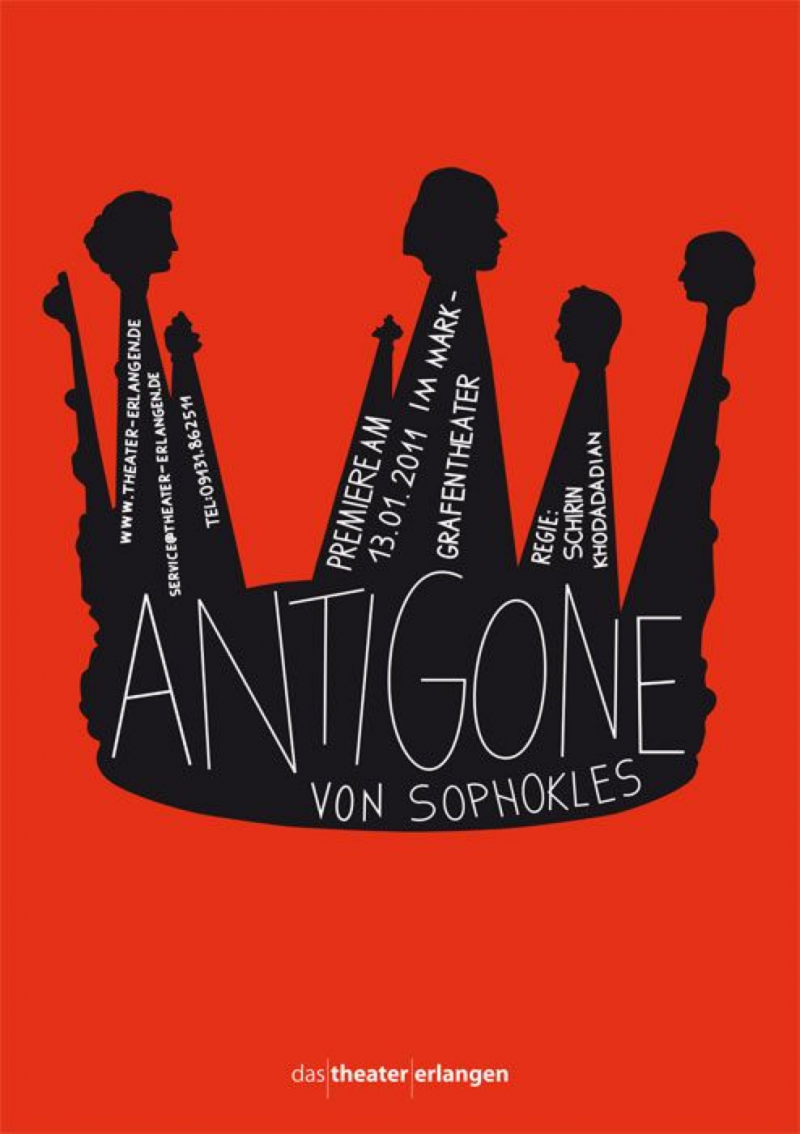