The Namesake by Jhumpa Lahiri MAG

The Namesake by Jhumpa Lahiri begins with Ashima, a young woman from Calcutta, India, preparing for an arranged marriage to the talented and bright Ashoke Ganguli. Ashoke wants to show his wife the great American Dream. Ashima would rather stay in India and take care of her aging parents, but she knows that it is her duty to follow her husband.

She moves with him to a small apartment in the U.S., and is lost and confused amid the strange cultures. When she learns that she is having a child, she becomes even more miserable but has high hopes for her baby.

When he is born and the doctors ask what the baby will be called, the Gangulis explain that in India a child has several names and does not settle on one until a certain age. They end up calling him Gogol because of Ashoke's love for Russian literature.

This name will follow Gogol most of his life as he struggles with the fact that although he is Indian he does not love his culture. He hates the rituals, the country, and the customs. As a teenager, Gogol is prohibited from going to parties or participating in school activities like American kids, and so he sneaks out of the house instead of studying for college placement exams.

Jhumpa Lahiri's work conveys the message that without family we are nothing and that it is important to remember where we are from. At times this book made me cry. Ashoke's death took me by surprise and I started wondering what I would do in Gogol's place. This book made me think about who I really am. 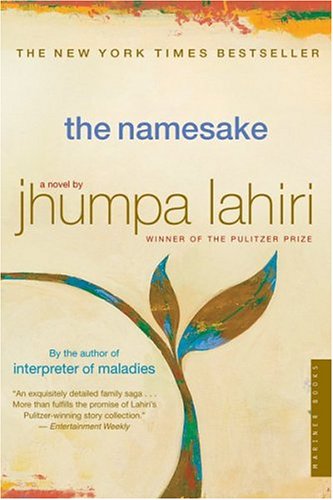