If you’ve ever been to Texas, you know football is huge. A town there is not measured by its people or how much land it covers, but by the quality of the football program and the number of state championships its team has won. Friday Night Lights tells the story of such a place.

The town of Odessa, Texas prides itself on having the winningest football program in not only Texas, but the entire country. They come into the 1988 season looking for their first state championship under their new and untested coach.

One of the reasons I love this book is that it’s not just about football - it also focuses on race and prejudice. Texas is in the deep South, so even though schools are integrated, the town is not. In the average Texan’s mind of the time, the only thing an African-American is good for is playing football. It also shows the financial hardship the town has fallen on. The oil industry was all the Odessan economy had. With the fall of oil prices, the whole town fell, too.

This is a good book because even if you don’t know what a Hail Mary pass is or what a linebacker does, you can still relate to the pressure to succeed, and imagine the thrill of playing under the glare of those Friday night lights.

So does the team win the championship? What hardships do they face along the way? Read Friday Night Lights, a true story about a town, a team, and the dream of winning a Texas state championship. 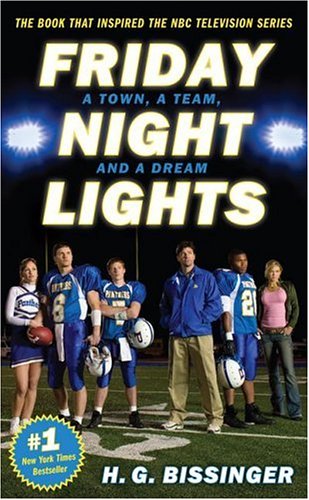