The Chosen by Chaim Potok

Reuven Malter is the narrator, we see what’s happening through his eyes. He is very brilliant at math which is why his dad wants him to be a mathematician, but Reuven wants to become a Rabbi. He has been introduced to the Hasidic Jewish world through Danny and his father. Reuven also learns how Danny’s father, Reb Saunders teaches his son through silence. Reuven doesn’t understand it much and he thinks its also rather odd. He and Danny come from different communities with different beliefs. The have lived a few blocks apart but haven’t known each other until a ball game which has changed both of their lives.

Danny Saunders is brilliant and has a photographic memory. He can remember sections of the Talmud by heart. He is an Hasidic Jew and his father is the Rabbi that everyone looks up to. He is to be the one to take his father’s place, yet he doesn’t want to, he wants to be a psychologist. His father doesn’t like this too much, but he knew that Danny was going to do this all along. He reads a lot and many of the books were ones that his dad might not approve. He has started reading such books after being introduced to them by Reuven’s father David Malter.

Reb Saunders is Danny’s dad and a Rabbi that lots of people look up to and respect. Reb Saunders teaches his son Danny in silence in order for him to feel the pain of the world and not just to be a brilliant mind with no heart. He has been happy that Danny has found a friend in Reuven even though religiously they might not see eye to eye.

David Malter, Reuven’s dad is open-minded and a hard worker. He talks with his son unlike Reb Saunders and he really wants his son to be a Mathematician, just as he is a teacher. He is very open to Zionism and he persuades Jews to be open to the outside world.

This book was rather interesting. I really liked it. It made me open to new cultures and religions. 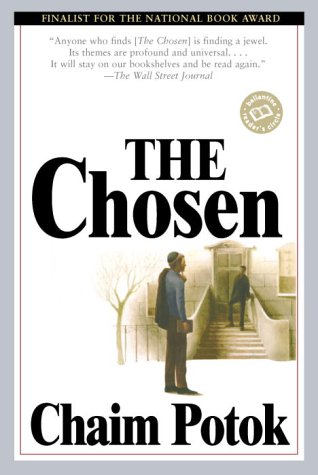 miriam SILVER said...
on Jan. 16 2010 at 10:32 pm
miriam SILVER, Skokie, Illinois
9 articles 0 photos 20 comments
View profile
I also found this book really interesting. I am Jewish and come from a different Chassidic sect that is somewhat similar to Dannys life. This was a rlly great summary.