At first I thought Hush, Hush by Becca Fitzpatrick would not be such a great book. Only because the cover had such an eye catching picture and usually when I end up picking those kind of books they end up disappointing me.

But Hush, Hush was a one of kind of books that kept my mind in a thrill of excitement with every page I read.

Hush, Hush is a story about a teenage girl named Nora Grey. Nora is very independent and stands up for herself when she needs too. But like everyone else she wants that special person to stand by her side face the world with her.

As soon as a new boy in her Biology class named Patch becomes her new science partner everything seems to change. But Nora can not figure out if it’s a good change or bad.

As soon as Nora meets Patch, she senses him everywhere she goes, and with that comes horrific experiences. Nora starts questioning herself about Patch. Is he stalking her? Is he trying to kill her?

Nora finds herself in a web of mixed feelings. She’s scared for her life when she is around Patch but she also has the urge to go up to him a kiss him.

Nora tries to find the answers to her questions but as soon as the truth comes out she finds a lot more than she bargained for. Everything that she believed in is out the door and now her life is at stake.

She wants Patch but she does not know if Patch wants her in the same way.

Fitzpatrick really opened up Nora’s character and showed every feeling, fear, and desires Nora had. In every detail Fitzpatrick wrote about Nora’s made me think I was in Nora’s mind.

With every chapter I read, there was another predicament that came up and that needed to be solved. This kept me wanting to read the next page.

Fiztpatrick is not ending the book there though in 2010 the sequel to Hush, Hush is coming out as well, titled Crescendo. I can not wait to buy her next book and hopefully it will be just as good as Hush, Hush. 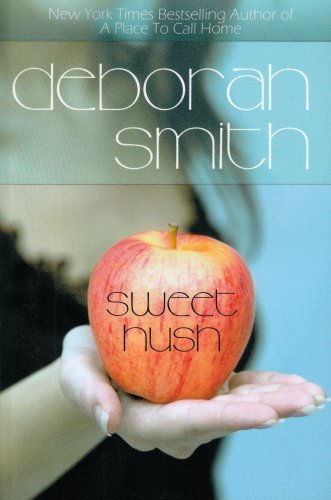 Favorite Quote:
I find the earth to be a place of misery in which I am surrounded by the conformity that kills society. -Matt LeBlanc

View profile
I like your review of the book, though in my honest opinion I think that the main female character was a little weak to me. But other than that I really enjoyed it.
Tellytubbiegrl said...
on May. 10 2011 at 7:25 am
i luv all of becca fitzpatricks books i can't wait until silence comes out cuz i've read all of her other books they rock. patch is so misterious and awesome i wish he went to my school. nora sounds awesome and so so so so vulnerable but so trustworthy. vee would be your best friend who sticks with you till the end. cresendo was such a awesome book i bought it on a saturday and i finished it the next day!! i hope becca fitzpatrick keeps the hush,hush series it is so intense but i love it. i hope i meet becca fitzpatrick some day to see the awesome creator of the hush,hush series
soulrebel SILVER said...
on Nov. 11 2010 at 2:43 pm
soulrebel SILVER, Birmingham, Alabama
5 articles 0 photos 11 comments

Favorite Quote:
"Don't tell me the sky is the limit when i can see footprints on the moon."

View profile
this is an awesome book review!!! After i read this i went and bought the book, although i have not finished it yet it is a great book!! keep up the good work and write more book reviews.
BieberFever20 BRONZE said...
on Nov. 11 2010 at 2:35 pm
BieberFever20 BRONZE, Birmingham, Alabama
2 articles 0 photos 14 comments

View profile
Hush, Hush is an AMAZING book! I mean, seriously, it's really well written. Go Becca Fitzpatrick. I would love to meet her someday. You did an awesome job of summarizing the story without spoiling it. Thanks! :)
wildheart SILVER said...
on Sep. 11 2010 at 12:01 am
wildheart SILVER, Albany, Oregon
7 articles 0 photos 11 comments

View profile
Hush, Hush is an AMAZING book! I mean, seriously, it's really well written. Go Becca Fitzpatrick. I would love to meet her someday. You did an awesome job of summarizing the story without spoiling it. Thanks! :)