Have you ever wanted to be a fly on the wall in a high school full of conflict? Welcome to freedom writers! This is a true story composed of many short journal entries from the members of a high school class, over their four years at the school. the conflict exists because the students are bussed from different neighborhoods and have various different back rounds which created gangs. The teacher, Ms. Gruewell faces a huge challenge because no one is happy to be in her classroom. When her lesson plans fail, she asks each student to write his or her own true story in journal form. At first nobody responds, but eventually the assignment is successful because this project helped the students realize their stories mattered.

One of the female students witnessed a drive by shooting when she was about eight, and to make it worse her father was accused of the crime. When she was in high school her boyfriend shoots and kills a boy of a different gang. She again witnessed the entire crime and knew her boyfriend shot the boy. She does not know what to do and has to make a decision between right and wrong. This is an example of just one of the students.

I really enjoyed this book because it created a believable situation for me and I felt like I was with them when they were in need of help. I also really liked freedom writers because it really pulls your interest while you read it. This book is funny, sad, and inspiring all at the same time because each students story is so powerful. The stories that the students recount sometimes made me angry because I knew that their situations were not fair and I hated to see them not be treated with justice. I would recommend
this book to people who are in 7th grade and up. This book is a fantastic must-read. 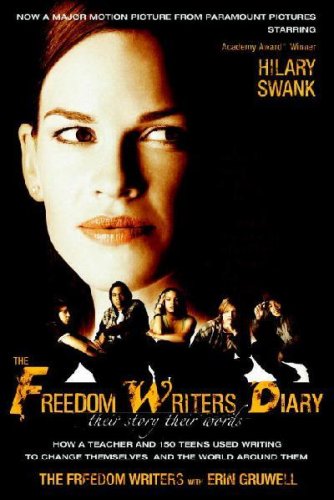