Jane Eyre had a truly miserable childhood. Orphaned at an early age, she is taken by relatives who are careless and sometimes abusive. When both she and her aunt can stand each other's company no more, she is sent away to school. There she finds more misery, but also the true happiness that comes with having a friend.
Eight years later, she is fully grown and ready to make her way in the world. Her advertisement in the papers is answered by a Mrs. Fairfax who wishes to hire her as a governess for a young girl. Jane arrives at her new post full of hope, and indeed, for a time she is quite content. Then Mr. Rochester comes home. Soon, Jane is falling in love. However, Mr. Rochester has a secret she cannot even dream of that may crush her hopes of happiness forever.

I avoided this book for a long time because of my absolute contempt for Wuthering Heights (which caused me to avoid all things Brontë). I finally decided to read it because of the release of the new movie version. I still have not seen the new movie, but I am glad I read the book.
The characters in this book are not entirely realistic, but very interesting. I really liked Jane. She is quiet, plain, a little odd and wonderfully forthright. Mr. Rochester I am not so sure about. His flaws and imperfections do not bother me, they make him human. It is rather his manipulative nature and the way he ignores anyone's feelings other than his own that caused my annoyance with him. However, he does occasionally show his honor in brief flashes that nearly redeem him.


The story itself has many somewhat unlikely plot twists, such as Jane's sudden discovery of both family and fortune, but it is after all very old and inspired by the gothic novels that were popular at the time. At least there wasn't any swooning.
I enjoyed the conversations between Mr. Rochester and Jane Eyre, you have to use your full wits and vocabulary to understand them. Their speech was often stilted and overly formal, but I didn't mind.
This is not my favorite classical novel, I think I will always prefer the works of Jane Austen, but I truly enjoyed it and I am looking forward to watching the various film interpretations. 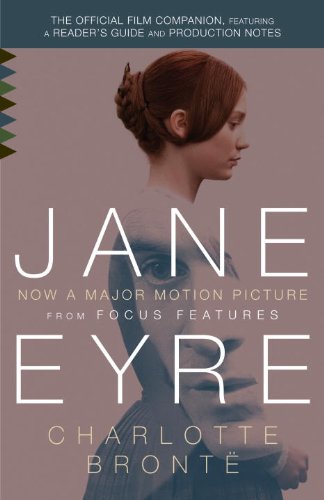