The Amaranth Enchantment by Julie Berry

Lucinda is the typical fairy-tale orphan. After the death of both of her parents and the disappearance of their entire fortune, she is sent to live with her uncle and his cruel wife, where she is treated like a servant. However, her life changes forever when there are three surprise visitors one after another, two to her uncle's jewelry shop an one straight into her bedchamber! The first is a woman with a magnificent jewel to be set who may not be who she says she is, the second is a handsome prince who wants to purchase a gift for his betrothed, and the third is a scruffy, brazen young thief. Before she even has time to think, Lucinda is thrown out of her home and is forced into criminality in order to help her new friend and regain her inheritance.
I know that there have been many Cinderella re-tellings, and it is hard to imagine another original twist to the old story, but Julie Berry just manages it. This is not a spectacular novel, but it is short and sweet and had enough humor to keep me reading. I liked Lucinda for her strength and determination, and Peter, the thief, was a lot of fun. Gregor seemed like he would be an interesting character, but you didn't get to know him very well and the romance could have been better developed. I think that a younger person would have enjoyed this book more than I did, but I personally give it a 6 out of 10 stars. I have given it to my little sister and I think that she will like it. :) 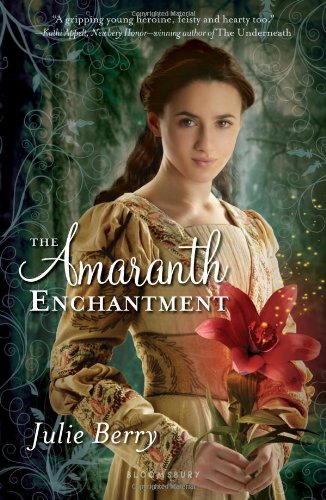