The Medusa Amulet by Robert Masello

This book was a fairly typical action-adventure story with a touch of the supernatural. The plot was interesting and the characters decently written, but there was nothing really special about it. The ending and the identity of the mysterious villain was very predictable but not unsatisfactory.

I rather liked the idea of the Medusa legend being used to give immortality. However, when you have all of the villains in history to choose from, why pick the most obvious? I mean, really, I probably would have guessed his identity even if there weren't a bunch of German-named bad guys running around.

The main characters were both likable and had pretty good chemistry. David was smart and interesting while Olivia was quirky and kind of fun. The only thing that ruined their relationship for me was their names, and that is purely personal. My brother, who is six years older than me, is named David. My sister, who is four years younger than me, is named Olivia. So the scenes where they were kissing - or worse - were just wrong to me.

This book wasn't bad, it just wasn't for me. I would recommend it as a light action thriller for a rainy day. 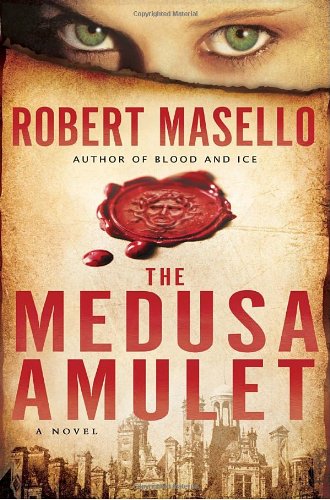