The Son of Neptune by Rick Riordan | Teen Ink

The Son of Neptune by Rick Riordan

Favorite Quote:
"To win you've got to enter first."

Rick Riordan’s highly anticipated sequel to the bestselling novel The Lost Hero has not failed to impress. It is classic Riordan, with plenty of action, emphasis on friendship, likeable characters, and snarky wit.
The story begins in California, in Camp Jupiter, the rival camp of Camp Half-Blood. Percy, who is being chased by monsters for a crime he doesn’t remember committing, struggles to gain back his memory and ends up carrying an ugly old lady across a busy freeway, talking trash with the god of war, gambling with a crazy old man, and making friends with a harpy. On the way, he discovers his true identity, and the part he must play in the greater world.
Meanwhile, another one of Riordan’s protagonists, Hazel, must come to terms with her dark and painful past and fight against the goddess that had taken her future away from her. However, her half brother, Nico, has something up his sleeve. Could’ve his saving her from the Underworld have had an ulterior reason?
Frank’s life hangs in the balance. He has no idea who his godly parent is, and his mortal parent had just died in combat. But to confront his problems and discover his greatest gift, he will have to learn how to trust and believe in himself.
Old and new characters from the first series, Percy Jackson and the Olympians appear in this must-read. I recommend this novel to everyone who loves action, adventure, and a good dose of humor. 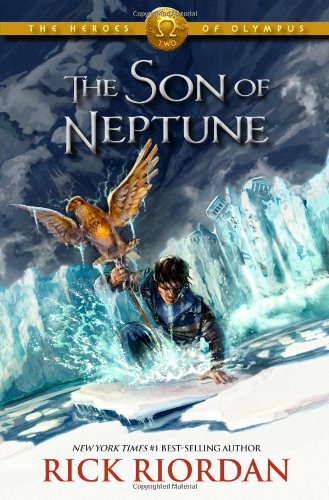 Favorite Quote:
"To win you've got to enter first."

View profile
Thanks! I love Percy Jackson too.
MichelleLi said...
on Nov. 1 2011 at 5:02 pm
wow i love percy jackson but i havent read this book yet...will soon, in line at the library:)this is a good review