This book was highly entertaining. The characters, the story, everything. Alex, a blind teenager reluctantly dealing with burgeoning psychic abilities, was richly developed and easy to like. I really liked how he never complains about being blind; it's just the way he is. However, that doesn't mean that he is above using the image of a helpless blind kid to deal with a bully. I also loved the way he puts up with his mom's silly nicknames for him. He does stupid things and slightly cruel things sometimes, but that just makes him more real. His psychic abilities present a world of possibilities with a talent for seeing the future and the present, as well as other things.


Simmi and Shapri are his only two friends and I liked them both. Simmi is sweet and gentle, though she can cause a heck of a lot of trouble if she wants to. Shapri is a little more complicated. She can see and speak to dead people but she won't admit it to herself, convinced that they are still alive. She has more spark and temper to her than Simmi, and I must admit that I would like to her end up with Alex. There are just enough hints for a possible love triangle in book two.


The only small issue I had with this book was that the plot was a bit strange and confusing at times. However, it is the first book in a series so I am hoping things will be explained more in the next book. I would recommend this book to lovers of sweet romance, mystery, a bit of action and a fun paranormal story. 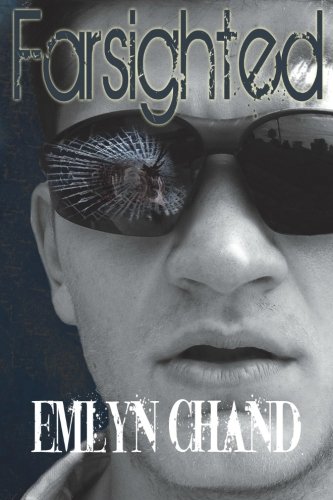