My first reaction on seeing this book and reading the description was pure curiosity. The cover was beautiful (yes, I can be quite shallow) and the idea of Romeo and Juliet not only surviving but but surviving as immortal enemies fascinated me. I had always disliked the classic play because the characters were so young and foolish and died so pointlessly. It never struck me as being particularly romantic or interesting and has always been one of my least favorite of Shakespeare's plays. This book made it much more interesting.

Juliet, now an immortal Ambassador whose task it is to aid mortal lovers overcome any obstacles placed in their path, possesses the body of an emotionally and physically scarred teenage girl named Ariel. Ariel was on an unfortunate date with a cruel young man by the name of Dylan. When their car crashed, Dylan was killed and Juliet took control of Ariel. Romeo, now a Mercenary whose job is to destroy the mortal lovers, takes Dylan's corpse. That should give you an idea of the sort of villain Romeo is. Dark, tormented and downright creepy.

While taking possession of a girl's body is kind of freaky, Juliet treats poor Ariel with a great deal of respect and actually endeavors to make her life better, even though her job is to find whatever starcrossed lovers she is supposed to help. I found myself really liking this clever, strong Juliet. But as much as I liked Juliet, my favorite character is Ben Luna, a cute, sensitive Hispanic boy. Juliet finds herself falling in love with him...unfortunately, he is supposed to fall in love with someone else. And she is supposed to help him.

The love triangle was brilliant. I was on Team Ben the whole time, Romeo being too much of a bad boy even for me. Yet you couldn't help but wonder if Romeo was really as bad as he seemed. Was he misunderstood...or even worse? The romance was threaded throughout with dark desperation on Romeo's side, and blind hope and optimism on Ben's. Juliet is caught in the middle with Romeo, the Mercenaries and even her own side pulling her away from Ben. Ben was...wonderful. Sweet and kind with a hard edge and a temper that is always directed to helping others.

As much as I enjoyed the novel, there were several things that bothered me. The minor characters, save for Ariel's mother Melanie, were bland and their behavior at times incomprehensible. Gemma, the girl Juliet is supposed to convince Ben to fall in love with, switches from mean to nice to strange and back again. Some of this is explained by magical means, but not all. Melanie, the only other minor character who stands out, was as troubled and scarred as her daughter. I have hope for them both.

The other flaw was in the plot. There were parts that just didn't make much sense or that I wished had been explained better. On the whole I understood and enjoyed the story, but I was left puzzled at a few points. However, I will give the author a little slack in that department because it is the first book in a series and some of it may be explained later.

I loved the ending. Absolutely. Loved it. It left me wanting to read the aftermath from every different character's point of view, even the ones I hadn't previously cared about. Really, I would love to read three different sequels all stemming from that ending but about different people.

Overall, I enjoyed this book despite its flaws. The three main characters were great and well written; the story dark and strange and lovely. I would recommend this story to lovers of unique paranormal romance. And unexpected plot twists. I don't want to give anything away, but there are some great plot twists. 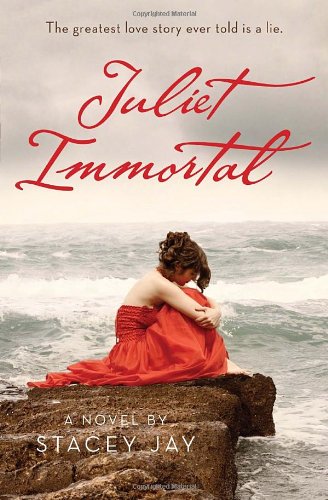