From the creators of the popular Tsubasa Chronicles and Cardcaptor Sakura, comes a paranormal tale of horror, humor, and boy-boy romance! Designed as a prequel to the darkly renowned series, X, Tokyo Babylon is set in 1991 Japan, in the final days of a Bubble economy where those who have the money are entitles to all its luxury and those who don’t get the rest. In this modern equivalent of Babylon, Tokyo is a city of extravagance and sorrow, where the streets are paved with as many dreams as there are nightmares; the forces of spiritual decay and evil are continually combatted by a pure and powerful onmyoji, who comes in the semblance of a cute sixteen-year old boy called Subaru Sumeragi. Clamp once again, creates a brilliant manga, complete with gorgeous illustrations, costume designs, profound story-arcs, and complex characterization. Along with being one of the first English-translated yaoi, or boy’s love, manga to be published in the west, Tokyo Babylon also rejects typical stereotypes, such as those with twins and victims, which many cultural subjects fail to do. Subaru Sumeragi is probably the most endearing character in the series, a shy and sweet teenagers who is also a powerful occultist who continually sacrifices his strength and time to put to ease the tortured soles of the deceased and living. Hokuto Sumeragi, Subaru’s twin sister, while physically identical to her brother, holds her own in the manga with her eccentric personality that matches her eccentric and fabulous costumes, cleverness, and genuine affection for her sibling. Seishirp Sakurazuka, Subaru’s love-interest, is a young, well-humored veterinarian, who continually showers Subaru with affection, while hiding a dangerous duel-identity and terrible secrets. A true sympathetic vision realistically portraying the heart-breaking hardships of a city tragically dosed with the daily sorrows including financial disparity, suicide, rape, and murder, Clamp also fuses this classic manga with humor, depth, and incredible illustrations. Tokyo Babylon is a must-read. 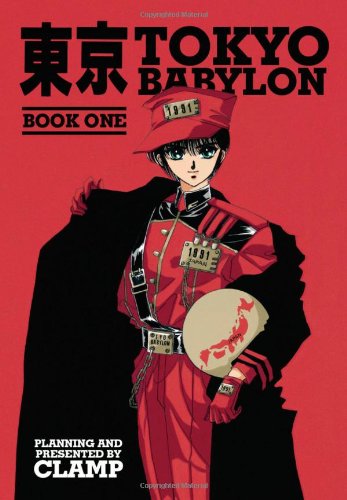