Khaled Hosseini's first novel is beautifully written and riveting. Set in his beloved country, Afghanistan, in the 1970s, and later in America, this heartwarming story revolves around a boy named Amir, his father, and their servant, Hassan, who is Amir's friend.

Amir, who is constantly struggling to earn his father's love, finally succeeds by winning a kite-flying competition. But on that day, he witnesses a horrible act and does nothing to stop it – a secret that troubles him for the rest of his life. His friendship with Hassan is affected and Amir slyly gets rid of Hassan.

In the midst of this, Afghan­istan is invaded by Russia, ­separating Amir and Hassan completely. Amir starts over in America, his secret still haunting him. One phone call from Afghanistan takes him back to his home country where he learns a shocking secret about his past and tries to make things right.

Hosseini skillfully paints a picture of Afghanistan and its rich culture, a beautiful country torn apart by war, with scenes of a couple being stoned to death, a man selling his fake leg to feed his children, and a boy forced to dance like a monkey to entertain others. The prose is elegant and rich with detail that give us insight into Afghan ­culture and traditions.

The story does not focus as much on politics and war as it does on the lives of those affected. It is a tale of family and friendship, loyalty and salvation amid the horrors of war. The characters are so realistic that long after finishing the book, you will be thinking of sensitive Amir with his insecurities, his father, and Hassan, who is my favorite. The twist at the end is worthy of an Agatha Christie novel. While reading this powerful book, you will feel many emotions, crying your eyes out at parts, but in the end, you will cry tears of happiness.

This book is a must-read, ­regardless of age, gender, or nationality. It delivers a universal message that will move even the coldest heart. 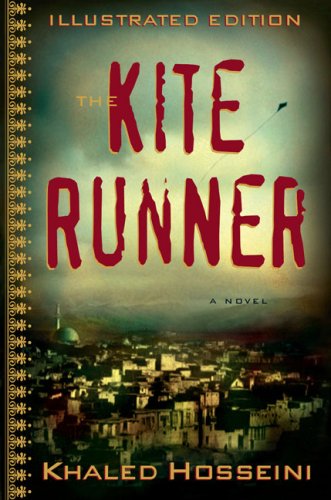 Favorite Quote:
"I think a lot, but I don't say much."- Anne Frank

View profile
The Kite Runner is my favourite book of all time. This book put me on a rollercoaster of emotions and I'm not afraid to admit that I wept a lot while reading this heartbreaking and powerful masterpiece. By reading this stunning novel, I was introduced to its brilliant author, Khaled Hosseini. After reading The Kite Runner and A Thousand Splendid Suns, I can definitely say that Khaled Hosseini is indeed my favourite author. Good review!
Saffron_tides GOLD said...
on May. 13 2011 at 5:33 am
Saffron_tides GOLD, Dubai, Other
14 articles 0 photos 54 comments

Favorite Quote:
My candle burns on both ends,
It will not last the night;
But Ah! my foes and Oh! my friends it gives a lovely light.

Iloved Thousand Splendid Suns!! It took my breath away!

roseylynn0410 said...
on Nov. 21 2010 at 9:23 pm
THIS BOOK WAS SOOOO SAD...if you want to feel something strong read this book!! i dont usually cry but when i read this it made the waterworks fly...lol read it
EmilyClark BRONZE said...
on Oct. 27 2010 at 3:34 pm
EmilyClark BRONZE, Wayne, Pennsylvania
4 articles 0 photos 24 comments
View profile
One of the amazing aspects of this book is that you dislike and pity Amir at the same time.
sunnyhunny PLATINUM said...
on Jul. 14 2010 at 9:36 am
sunnyhunny PLATINUM, Litchfield, New Hampshire
22 articles 3 photos 329 comments

View profile
Tremedous review! I'm going to start reading it next week.
Forever said...
on Aug. 24 2009 at 1:33 am
ay-too-bongi, i highly doubt you could have wrote a better review. This is a marvelous book and a great movie. Awesome review, props to you. I highly recommended this book to actually, anybody. Gives you a little taste of what it's like for people in the middle east, and how they are able to survive with so little and what they have been through. Us American's have it way too easy...
FishStark said...
on Mar. 14 2009 at 11:56 pm
FishStark, Harwood, Maryland
0 articles 0 photos 19 comments
View profile
Amazing book and amazing review.
ShamrockWriter said...
on Jan. 26 2009 at 12:01 am
Sounds like a very emotional and inspiring book. I think I'll have to get a copy! Very well written review!
k_danser92 said...
on Jan. 25 2009 at 7:20 pm
I am currently reading this book and I would strongly agree. This is a must read for everyone. It will make you open your eyes to other peoples way of life and understand more how easy we have it in America.
droq said...
on Jan. 24 2009 at 7:10 pm
i love this movie as well as the book its so sad...
NinaBoo said...
on Jan. 15 2009 at 3:55 pm
Great Review. Sensitive, compelling...i want to read it!!!!
Kwstar said...
on Jan. 7 2009 at 2:59 am
I read this book last yr in English class it was very moving and I think your review explained the book very well. Good job!
Lubna said...
on Dec. 31 2008 at 8:31 am
This is a very sensitively written review. I read the Kite Runner over a year ago, but Shanzeh's review brought the book back to life for me. She has hit upon the key issues and emotions without revealing any of the story that might spoil things for a new reader. Good job.
ay-too-bongi said...
on Dec. 7 2008 at 1:44 pm
hmmmm i guess it KIND of explains the book....but the review didn't really convince me to read it.

maybe i shall try sooner or later. good job i guessed